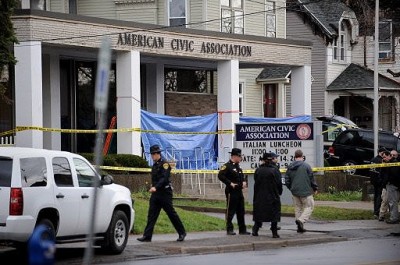 This is a very sad story.   Our prayers go out to the victims and their loved ones.

A gunman opened fire at the offices of the American Civic Association in Binghamton, New York.  The brutal attacker killed thirteen people and injured four before committing suicide.  Shots were fired around 10:30 a.m  eastern time. Approximately twenty-six employees fled to the basement while police gave instructions via mobile phone on how to bar the door until officers arrived.

Another hate crime toward immigrants?  Or was this person an immigrant who felt he was given unfair treatment?