13 Apr Miley Cyrus Debuts At #1; Spends It With Nick Jonas 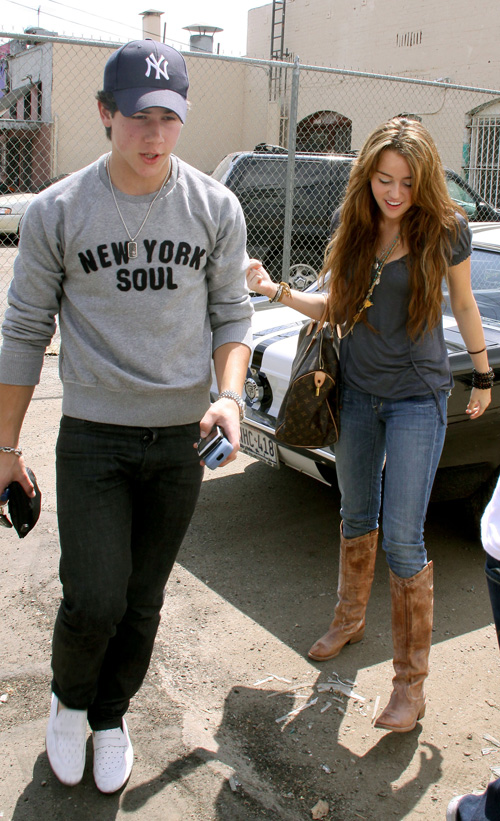 How did she spend the weekend most likely knowing that her movie would debut at number 1?  She spent with ex-boyfriend Nick Jonas. The Jonas brother and the Hanna Montana star broke up last year and Miley did not take it well.  Just stating fact here.

No word if they are just “friendly” hanging out.  I hang out with ex-girlfriend’s all the time.  No shots yet of her and Justin Gaston since the event but then again, it was Easter Sunday and she was showing up at different theatres to surprise fans who went to see the movie.

It’s pretty interesting how despite her character being attacked over and over again by the so-called big boy blogger’s over the past year, she had somewhat positive reviews and the fans came out for her.

Chalk one up for Miley.-Dr.FB