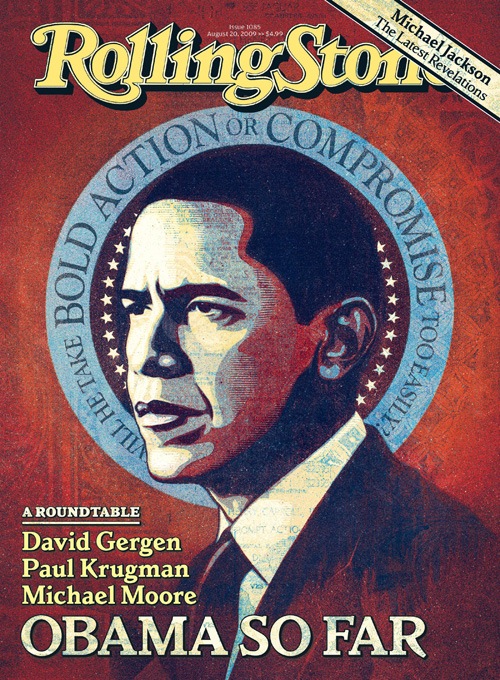 After the Advocate, Rolling Stone follows suit by doing an Obama cover. The article is a round table about “Obama So Far” 7 months after he has been in office. Not only a cover but a round table which features Michael Moore.

I may need to get over my Rolling Stone ban and read this article. Obama so far 7 months in?  What do you think?-Dr.FB