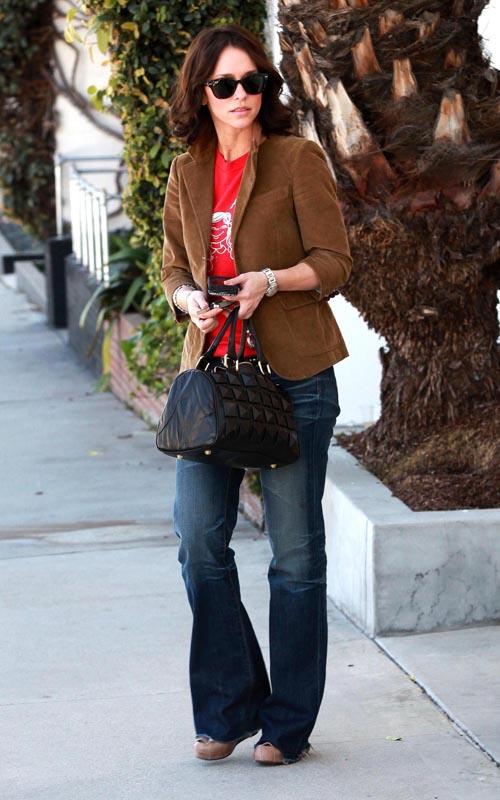 Fresh off her break-up with Jamie Kennedy, Jennifer Love Hewitt was spotted in Los Angeles over the weekend.

People still want to know who broke up with who and if it was Jennifer, Jamie most likely found out when we all did.

Jennifer Love, who broke up with Carson Daly by him finding out on the radio, was engaged to Carson at the time and pretty bitter about it.  The 2 are “friends now, but not cool the way it was handled.

She learned how to do that from Joey Lawrence, who back in her “Party of Five” days she hooked up with.  Fresh off a make out session that took place at a Blockbuster Music, Joey took another girl to a movie premiere the next night and told people they were no longer together.  So, that’s how Jennifer found out about the break-up, then made it a history to do it to her future ex’s.

Hopefully, Jamie was given a little more consideration than that.  Regardless, in the end, I hope they are both happy on their own.  If it is meant to be, it’s meant to be.

Either that, or they can be placed in movie spin-off of some of their biggest movie roles.  I can see the title now; “I’ll Scream If I Know What You Did Last Summer Again.”  Yea, that works.-Dr.FB