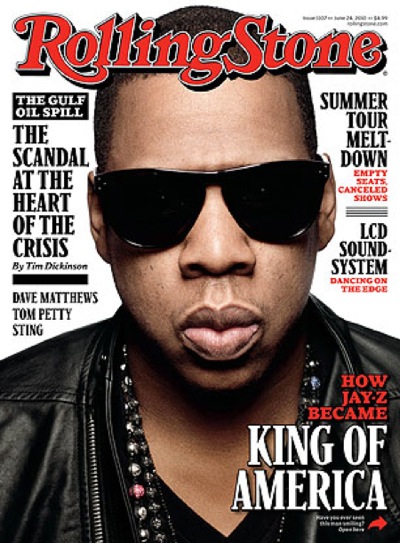 Jay Z is the cover story of the new Rolling Stone where he discusses that he wanted some artwork put up in their house and would Beyonce would not let him put it up.  Veto power for Beyonce.

It’s not just hip hop, Jay.  The music industry is slowly dying.  At least in the traditional sense.

Indie rock and most of the acts are declining to be signed to big or long term record deals.

It’s time for a music revolution and we have a feeling Jay knows that and will be one of the artists at the forefront when that rebirth is reached.-Dr.FB