25 Aug PRINCE Has A “Hot Summer” In New York 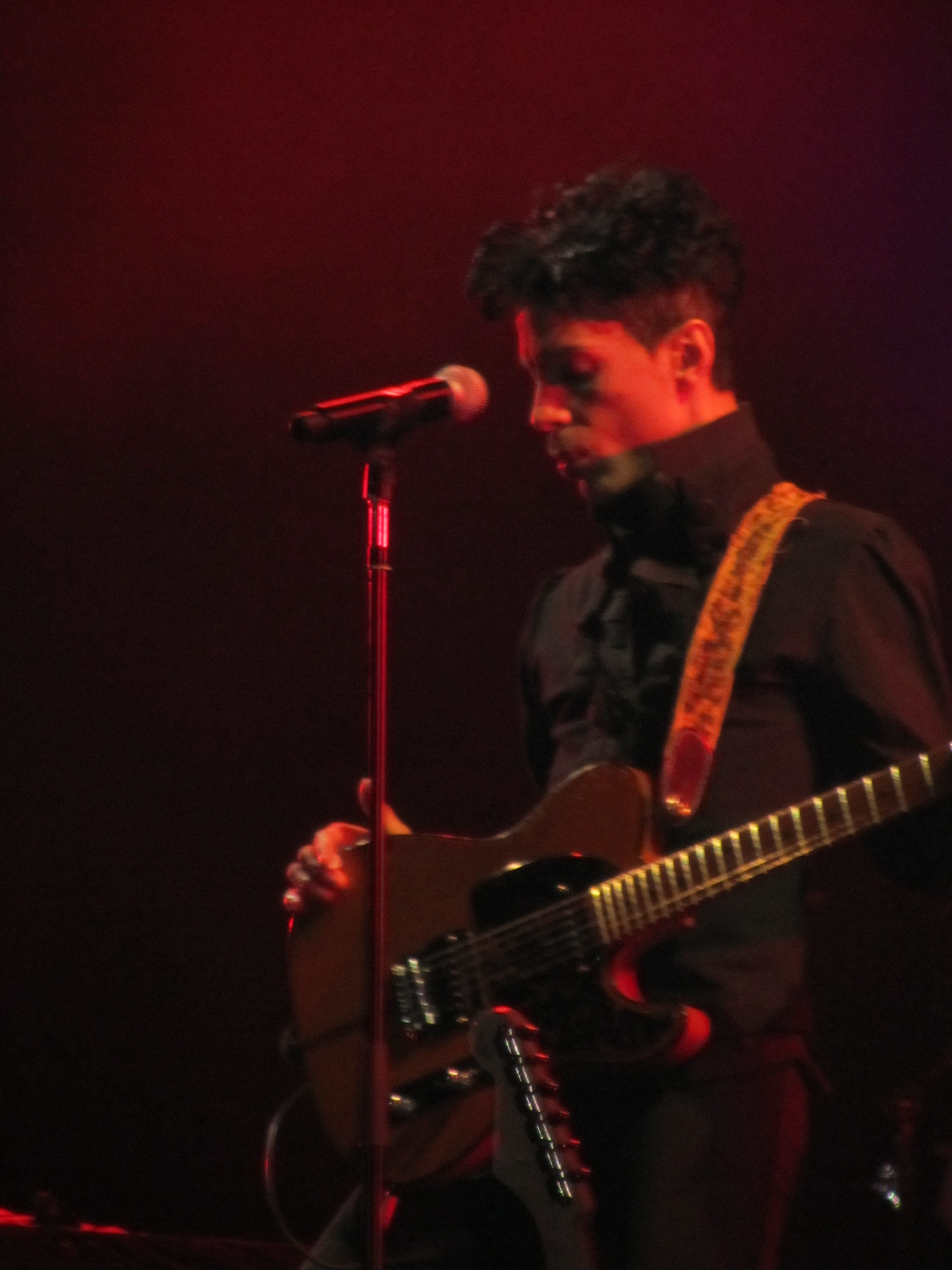 The one and only (and one of Funkenberry’s favorites) PRINCE was a social butterfly in New York last week.

He checked Lalah Hathaway and Dwele show at B.B. Kings and then afterwards, went to another club where Robin Thicke was performing and saw the purple one in the crowd and did a little bit of “Kiss” which we heard got Prince moving.  What?  Gotta love it when the men try to sing “Kiss” and try to hit the high note.  Even when it’s the biggest baddest brother’s in the place, it’s funny as anything in heaven, babies!

Then on Thursday night he saw the musical “Fela” and he was not alone!

“Fela” which is based on the music of Fela Kuti, a Nigerian composer attracted the likes of Prince the same night Bruce Springsteen was there!  2 musical icons and we don’t know if  the two talked, compared bank accounts, or if they even ran into each other.

Afterwards, Prince took to the Groove to check out some musical talent.

Prince has definitely had a “Hot Summer” for sure with the release of his CD 20Ten which is still NOT available in the States unless you want it on Ebay.

We have heard rumors that Prince has several tour options on his lap from the U.S. to more shows overseas and even Timbuktu.  My guess would be that he would go back overseas and make a few stops.  The U.S. fans would love to see Prince but it makes sense to make the other fans happy and go where the money is.  Remember, that’s ME saying that, OK?

It’s always nice to hear bout the coolest man in music enjoying himself.  It seems the NY paps though could not locate Prince so no photos to share but hope you enjoy this one of him performing earlier this summer in Nice.

If you see Prince in New York or back in his hometown of Minneapolis, tell him the doctor says hi n is already at works of new ventures when it comes to media.  We can “Laydown” too!-Dr.FB