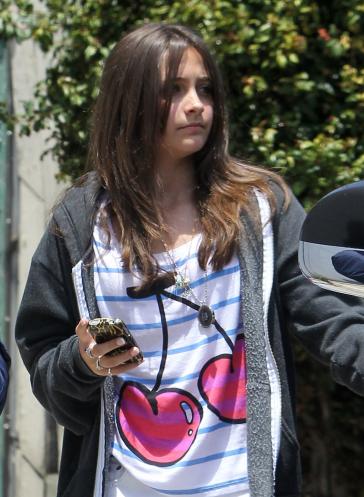 This is so not cool.  Paris Jackson, Michael Jackson’s daughter, was being chased by paparazzi earlier today.  The incident happened earlier today where it is being reported they ran several red lights in order to catch up to the  Jackson.  The photo above of Paris was taken last month and not from the incident.

They were pulled over for reckless driving because of chasing her but because the cops did not see the incident, after they were handcuffed, they were let go.

A crime report was filled out and forwarded to the L.A. City Attorney for possible prosecution.-Dr.FB

Diagnosis:  Not My Type Of Thriller

Update:  No incident report will be filled due to lack of evidence.  Paris can sue them herselves if she wants to.