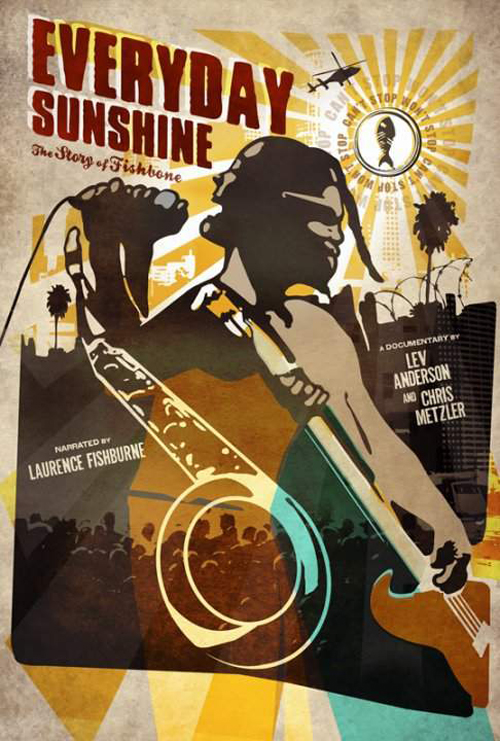 Fishbone has a new EP out and a new documentary as well. On October 20th, they will celebrate both in Los Angeles.

The documentary, “Everyday Sunshine: The Story Of Fishbone” will debut in select theatres on October 21st.  The new EP, “Crazy Glue” came out early this month.  Thursday night, they will be having a record release concert for the new album.

The show will be held at the Bootleg Theatre in L.A.  Tickets can be purchased for the event HERE.

The documentary is narrated by the one and only Laurence Fishburne.  The documentary will cover Fishbone from the start and some candid and rare footage.

Gwen Stefani of No Doubt added: “the band that gave us the inspirationto be a band.”

They are celebrating 25 years of groundbreaking music of American Ska, Rock Fusion and (so-called) Black Rock since starting their professional career in Los Angeles’ burgeoning Alternative Rock scene of the mid-1980s.

Again, you can purchase tickets to the release party concert HERE.-DocFB

Diagnosis:  One Of The Best Live Acts Out There