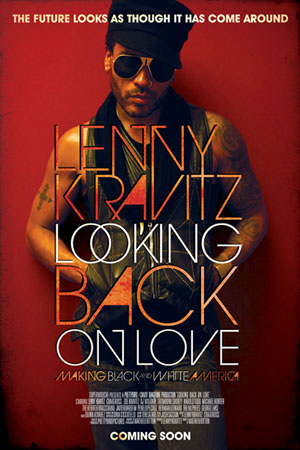 “Looking Back On Love” is a new Lenny Kravitz documentary  focusing on his recording of “Black & White America” and 2 years of his life.

The film, directed by grammy nominated Mathieu Bitton, follows Lenny Kravitz to the Bahamas, New Orleans, and Paris.  It gives you an all access look into Lenny with studio sessions, family, and intimate moments.  The attention to detail is vast.  It is like getting every nook and cranny of your favorite muffin and savoring it with your favorite drink.  It really makes me wish more artists would do behind the scenes footage like this.

The movie was premiered at the Grammy Museum and we were able to talk to Lenny and the film maker about “Looking Back On Love” and more.

Lenny participated in a Q and A, and I made sure to ask a few questions during that time.

In the film, Lenny said that he doesn’t force himself to write.  That he rather let the creative process flow naturally.

DrFunkenberry: Is it  easier for that to happen when recording in the Bahamas?

Lenny Kravitz:  “Absolutely.  Inspiration there is like blowing in the wind.”

FB.:  With you recording there, I would imagine less distractions than say in Los Angeles or New York recording studios where you get outside interference.

FB: The access that you gave Mathieu Bitton was fresh and unique.  The palate he was able to use and the trust you embedded in him really allowed us to feel part of the process.

LK: “Yes.  It is because the friendship I have with Mathieu dates back to us as kids, meeting for the first time.  We would go to our friends house  and Mathieu had all these incredible records.  He would have every b side to these musicians.  Every Prince record, and we would be there for hours.  Who would have known then what the future held for us with this project and the journey we have had?  Incredible.”

I had to talk with Mathieu and get his view on what he saw behind the scenes. 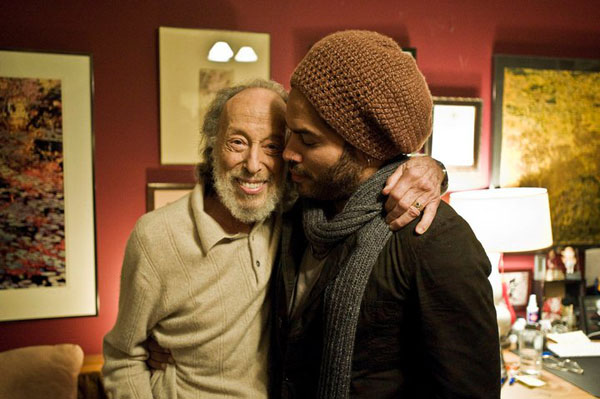 Drfunkenberry: Were there any moments while you were filming that you knew instantaneously that were going to be special and great?

Mathieu Bitton: “The whole Herman Leonard section.  (The legendary photographer came to film Lenny shortly before his death.)  I had chills through most of those days when Leonard was around.

“I was a huge fan and so taken by him and had an amazing time.  I felt we had to immortalize him in the film.  When watching the movie back, I felt his spirit there with us.  I couldn’t think of a more beautiful tribute from Lenny and I.

“Another special moment was seeing the “Super Love” song coming together.  I can’t wait for that song to be a monster summer hit.”

FB: The process of filming for 2 years can be long and tedious.  How did you keep it fresh for yourself?

MB: “I just kept my interests up all the time and was enjoying the filming process but trust me, I’d sometimes film one session for 10 hours with nothing really film worthy happening, and then when I’d turn off the camera, I’d miss a moment of magic.” 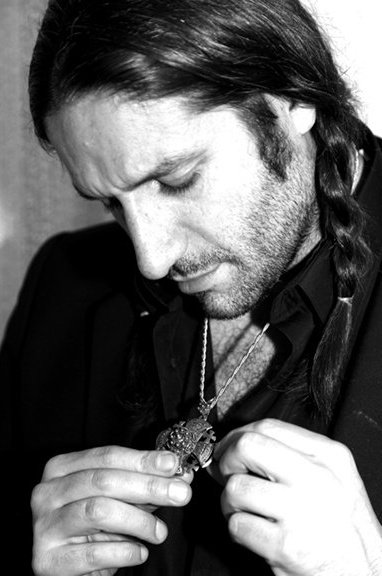 FB: The friendship you had with Lenny is decades long.  As he expressed, the love you guys had for music created the friendship.  Could you imagine back then the success that both of you have and continue to have?

MB: ” I met Lenny when I was a kid.  Maybe 13 or so with my friend Christopher Enuke, a brilliant designer who worked with my mom.  We used to always listen to rare records. I would always bring some amazing shit over as he described.  I don’t think I imagined that I would be working on this level with him, but I did know that I would be working in music and my passion would lead me there.

“The Kravitz canvas has been an amazing landscape to use all of my different talents all at once.  It’s a dream project really, and it allows us to have a true creative partnership that doesn’t need to go beyond us.”

FB:  What was one of your favorite scenes?

MB: “The whole segment I call “The album is done” which is like a gag reel to me.  It’s Lenny saying the album is done from April 2010 (When it was still called Negrophilia) to May 2011.  He kept saying that and would keep writing new songs. I just loved it.  When the audience laughed hard at the premiere, I knew I succeeded.”

FB: How will the film be released?

MB: “World-Wide TV broadcasts are being discussed.  I would imagine through Itunes and a DVD as well.”

FB: Can we expect any release of Negrophilia in the future?

MB: “Yes.  Lenny keeps saying it will see the light of day.  We have artwork for it which I created before “Black & White America” was released.  The Herman Leonard photos that were taken in the film are part of the artwork as well.”

FB: Are there any upcoming projects that you and Lenny have that we can look forward to?

MB: “For Lenny, we are getting ready to hit the road again in 2012. Also, I am currently working on the 20th anniversary of his “Mama Said” album .  I am also starting on a new “Earth, Wind, & Fire” CD.  I also have another non music film project up my sleeve.”

I cannot stress enough how much I loved the film and how it made the music on “Black & White America” that much better for me.  Sometimes, we need a visual painting that Lenny and Mathieu provided for us.  To be let into an inner sanctum that most people do not see was pleasing for the eyes and the ears.-DocFB

Diagnosis:  “Looking Back On Love” cannot be released soon enough!