New Prince protegé Andy Allo is letting it be known that “Sumthin’ FUNKY comin’ this WEEK!” and wanting to know if we are ready. Answer? Funk yea!

Andy took to her Twitter page today to ask that question.  Click the photo above for the full image.

It has not even been a year since we saw Andy Allo perform with Prince at the Troubadour show in Los Angeles, a gig that L.A. Weekly named the concert of the year.

Prince did 2 shows that night.  The first show, Andy Allo performed “Let’s Get It On” by Marvin Gaye.  The second show, Andy performed “Wait In Vain” by Bob Marley with Prince providing background vocals.  That is the moment we became a fan of Andy Allo. 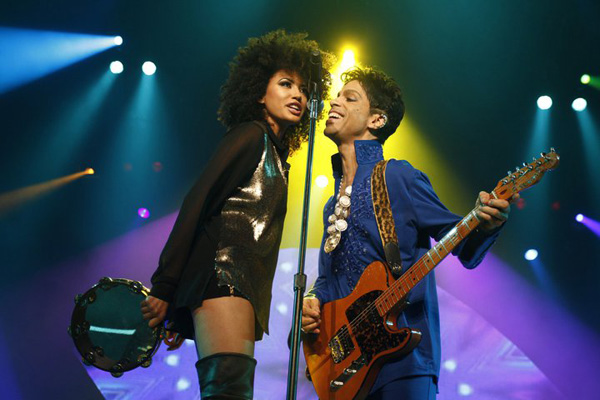 We unfortunately did not see Andy perform with Prince at any of his remaining L.A. Forum residence shows, but he took Andy on the road with him to Europe and to Canada last year, where she became a member of his band, The New Power Generation.

We have heard rumors that Andy has recorded new material with Prince recently.  During the European tour, she posted songs on her Facebook Fan Page that appeared to be recorded with Prince including covers of his songs “Guitar”, “We Can Funk” (rechristened “Oui Can Luv”) and a cover of “Love Is A Losing Game” by Amy Winehouse.

We don’t know yet exactly what “FUNKY” thing Andy is bringing but color us purple and very interested.-DocFB