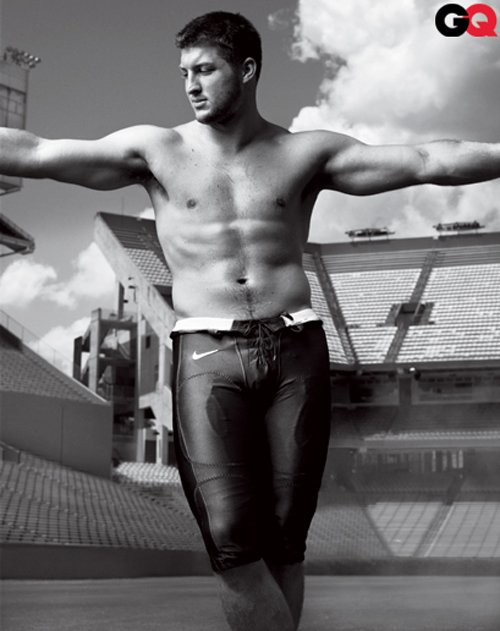 It really is amazing how much controversy Tim Tebow stirs up when it comes to his religious beliefs. Add a shirtless photo of him with arms extended and legs crossed, and now people think he believes he is Jesus. That is exactly what has happened in the new issue of GQ Magazine’s Football issue.

The interesting thing is, the photo above is NOT new. It is actually a photo that GQ used before and it is when Tebow was a Florida Gator.

To see the proof, click on the continue reading button. 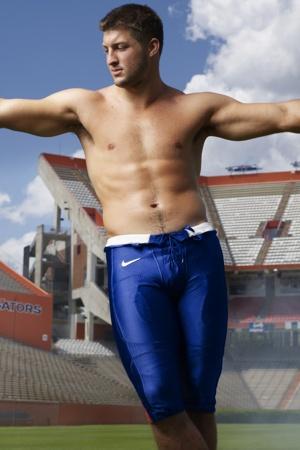 GQ most likely made the photo black and white to hide out the Florida Gators colors. Also, the black and white photo does give you more of that Jesus look you may dig to cause controversy. Why else use a photo of him when in college instead of now his 3rd year in the league? 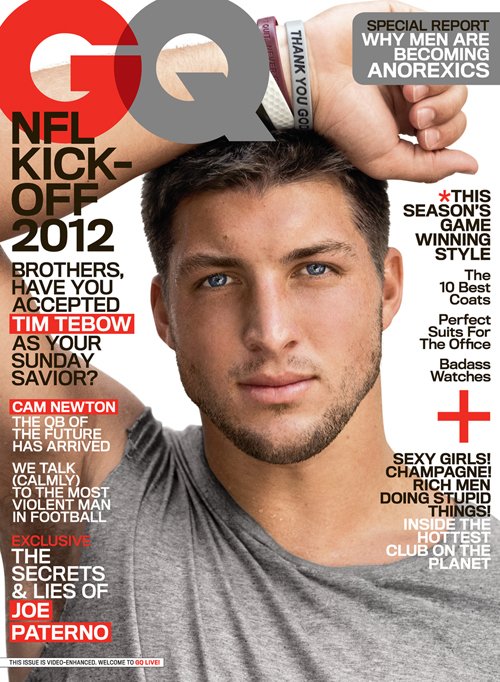 Tim Tebow talked in the issue about playing for the Jets;

“I think if they’re a Jets fan, hopefully they’ll be rooting for me. I’ll do whatever I can to help this team win football games. I’ll give my heart and soul whenever I step on that field and even when I’m on the sidelines. And at the end of the day, that’s really all you can ask of someone.”

If you like your GQ with a little less controversy, you can pick up the issue that has Cam Newton on it instead.-DocFB 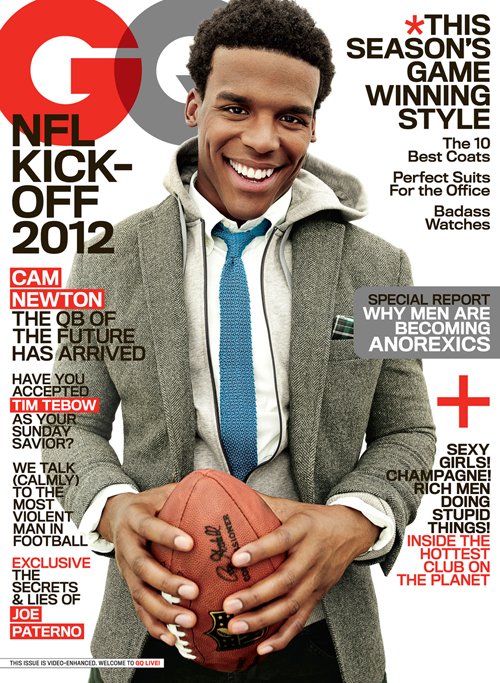