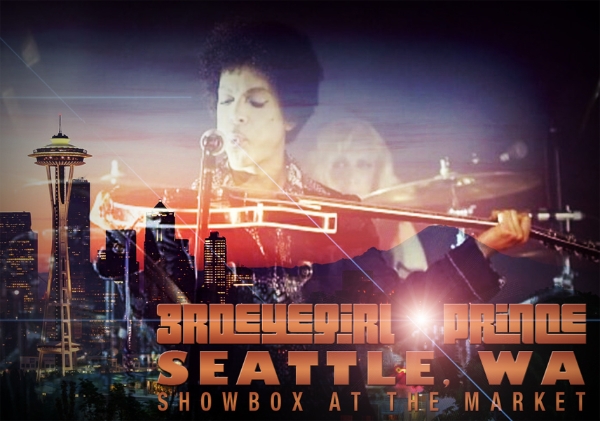 After 4 shows in Vancouver, PRINCE & 3rdEyeGirl took over the Showbox At The Market in Seattle to bring the funk & roll.  They delivered.

Various reports on Twitter had PRINCE & 3rdEyeGirl sound checking “Dolphin” and “A Love Bizzare” at rehearsal.

For those that missed it, here is “She’s Always In My Hair” from the 1st night of the tour. For the LIVE OUT LOUD West Coast Tour info and ticket sales, please visit 3rdEyeGirl.com

PRINCE re-introduced what some call the the “Sampler Set” during the 2nd show of the night, playing “When Doves Cry” and “I Would Die 4 U” along with a few others.

For those that were at the show, please share your reviews in the comments section.

Diagnosis:  If U’re looking for lip syncing, U came 2 the wrong show!