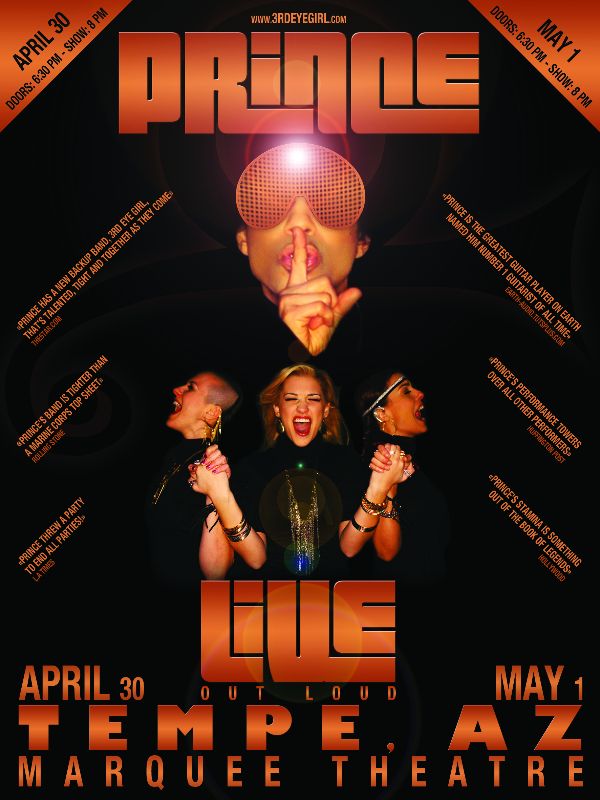 PRINCE & 3rdEyeGirl took over Tempe tonight and were joined by funk and bass legend Larry Graham!

Diagnosis: At the corner of Alphabet St. and Larry Graham Avenue

If you were at show, please provide reviews in comments. Thank you.