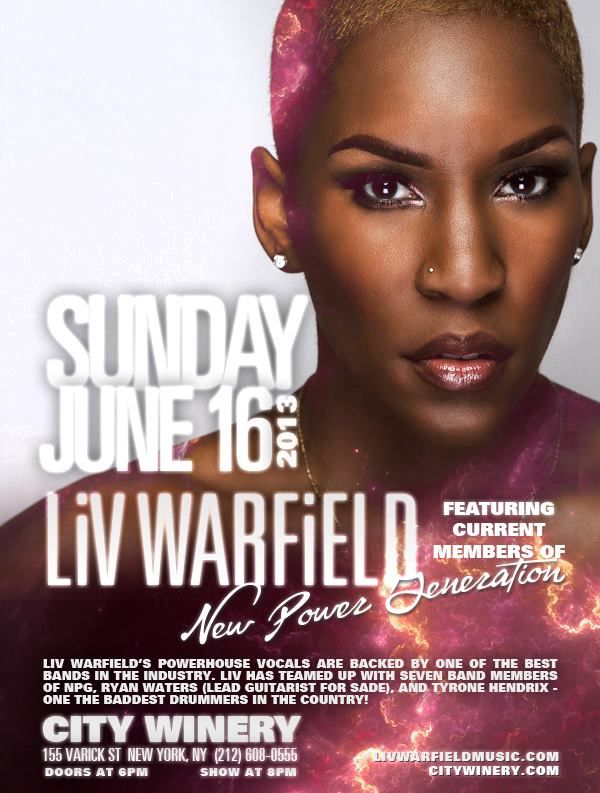 Liv Warfield is coming back to New York City and she is bringing The New Power Generation with her! It will be on June 16th at the City Winery.

Liv will be playing original music along with the NPG.

The musicians playing with her will be:

We spoke to Liv about the show and she had this to share:

We are a close knit bunch and its important to me that we push each other to be at our best. And I can’t thank them enough for wanting to play with me again at this venue.

I’m just very thankful for PRINCE’s support and forthcoming advice for the band to ALWAYS support each other and be there for one another. Its so true that we are like family and I love it! I would like people to come out and feel that and know his purple energy is always moving thru us.

Here are the deets:

Don’t forget to support Liv’s sister in soul Shelby J. who will also be playing a benefit concert in NYC 3 nights before!-DocFB