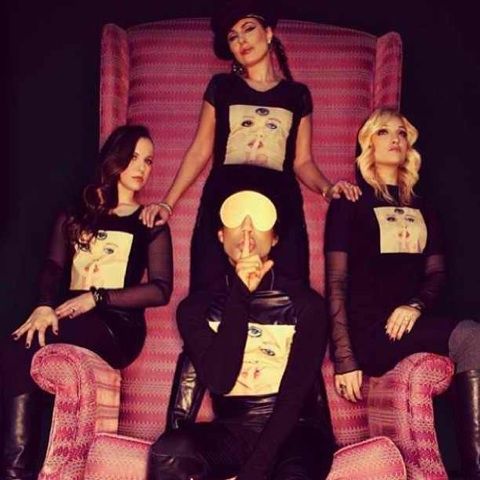 Producer Jamie Lewis just sent out a newsletter announcing that he and his partner have mixed a new amazing project for 3rdEyeGirl Featuring Prince! Wonder if he meant they mixed “FIXURLIFEUP” or something else?

Jamie Lewis has remixed and released on his own Purple Music label the singles and remixes of “Dance 4 Me”, “2nite” (Bria Valente), “Rock & Roll Love Affair” and also put out “Screwdriver” earlier this year.

The announcement states Jamie and his studio partner Ben Muehlethaler are very proud to have gotten the honor to mixdown at the legendary Paisley Park Studios.

We are trying to contact Jamie to see if they are saying they mixed 3rdEyeGirl’s latest single “FIXURLIFEUP”, for remixes, or for the album tentatively titled “Plectrum Electrum” or for something else. The announcement says to click on it for it on iTunes and it takes you to the single for “FIXURLIFEUP”. When we have more info, we will pass it on. It landed on our desk and thought we would pass it on.

Update: Jamie advised that he was at Paisley Park to mix “FIXURLIFEUP” and he was happy and honored to work at Paisley.

For the official news announcement, and for the diagnosis, click here….

It links to the iTunes release of FIXURLIFEUP-DocFB

Diagnosis: We believe in Rock & Roll, and Jamie Lewis….