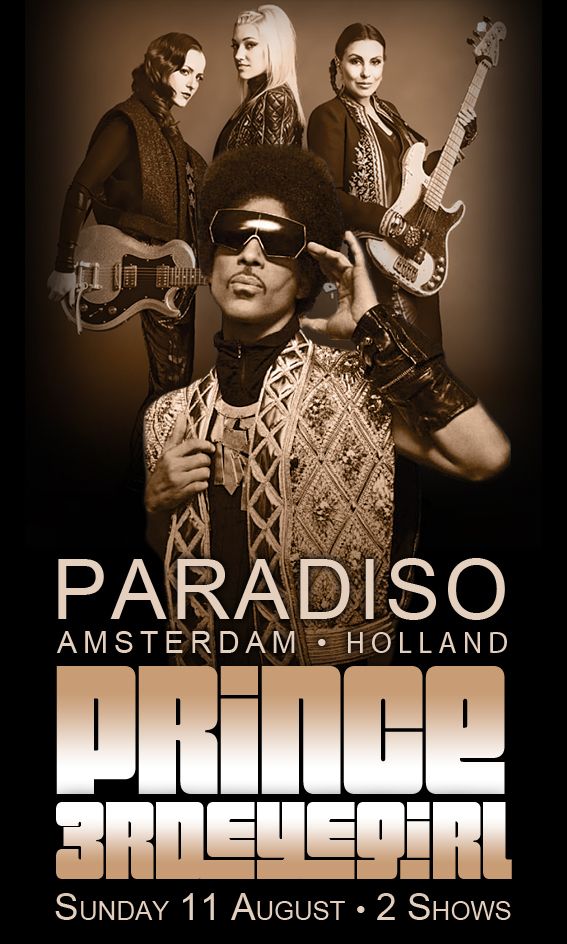 In the early afternoon Monday, 3rdEye TV went live for a rare afternoon Prince Livestream. It contained live footage from the Paradiso Amsterdam shows and Montreux as well.

From the Paradiso show August 11th, these songs were shown:

After, Montreux footage from July 15th was shown:

She’s Always In My Hair
Dreamer

After the footage was shown, 3rdEyeGirl said of the Paradiso shows:

THERE IS A SOUNDBOARD RECORDING OF THIS…. SOON TO BE FOR SALE

It couldn’t be the full show could it? Regardless, to have soundboard recordings of certain songs from the Paradiso shows would be a step in the right direction.

I will say this: Everything that 3rdEyeGirl has hinted at in the Livestream has happened so far. So here is hoping this happens soon as well!

MAKE SURE YOU DO NOT MISS ANOTHER LIVESTREAM AND SIGN UP HERE!!!!

The Livestream hit around 1,700+ yesterday with its afternoon broadcast. The most people watching the spur of the moment show. What did fans have to say about the Livestream?

@drfunkenberry Oh I did and it was great! I love when I am able 2 catch them! Seriously, mad love! Wow, I am so happy he is giving this 2 us

@drfunkenberry replay Dreamer 3rd time now; can’t get enough; who needs sleep when u can dream with this 🙂

@drfunkenberry And I am so thankful for these live streams! It is a wonderful gift for all of us. 🙂 PRINCE rocks! He is the best ever!!!!

@drfunkenberry it was funking funktastic and at a decent hour 4 me (I live in the UK). I want more, more, more

@drfunkenberry It was slammin’! I really hope montreux ends up as DVD!

@drfunkenberry they rocked A’dam – epic! Seeing Montreux footage was like re-living it 🙂 A crowning at the end of my 14h day

That was just a taste of what you all thought on Twitter.-DocFB

Diagnosis: How soon will we really see soundboard recordings. We will see……