Posted at 07:45h in Behind The Scenes, Entertainment, Making Of, Music by drfunkenberry 2 Comments
0 Likes
Share 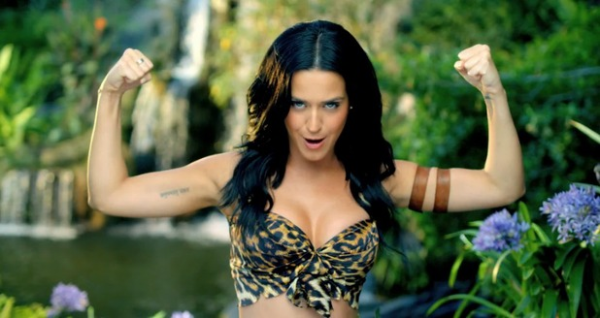 Katy Perry has released a behind the scenes making of the “Roar” music video and we find out that even monkey’s LOVE her boobs.

It is interesting to me that about 20 years ago, this would have aired BEFORE the video was released, followed by the world premiere of the video. Not so anymore. In fact, this is weird promotion for “Unconditionally” her new music video set to premiere on November 19th.-DocFB

Diagnosis: Other alternate title: Welcome To The Jungle….