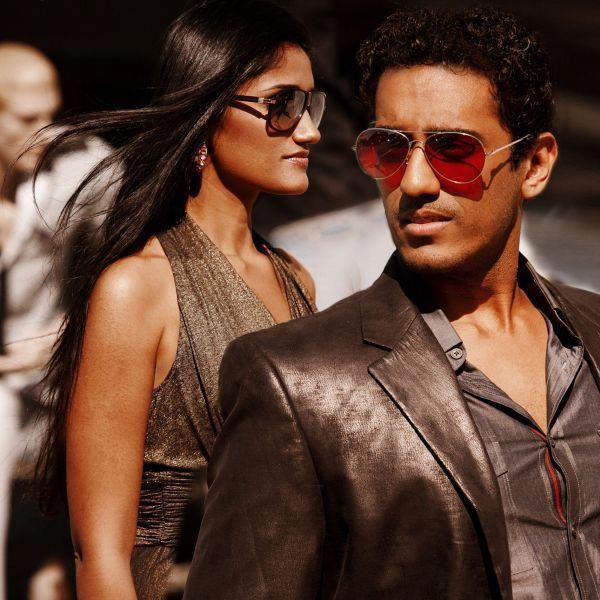 EDM group Renaiszance have just released a music video for “I Will Rise” which is graphic novel themed.

The music video is based off of the graphic novel, The Inventor, which was written by Renaiszance member, Rave’ Mehta. The Inventor tells the story of famed mystic inventor Nikola Tesla and his contributions to the science world.

For more info on Renaiszance and “I Will Rise”, click here…

Renaiszance, is a pop / electronic dance group comprised of brother/sister duo Ravé Mehta (producer) and Radha Mehta (lead singer). “I Will Rise” is the group’s first single from their debut album, Rise, which was released in April of this year. Fans can pick up Rise on iTunes here. Renaiszance, “I Will Rise” and Rise are currently up for nomination for the 56th Grammy Awards in the following 4 categories: Best New Artist, Song of the Year, Best Pop Vocal Album and Best Pop Duo/Group Performance.

“I Will Rise” is inspired by the #1 selling non-fiction graphic novel THE INVENTOR, based on the true story of famed inventor and mystic, Nikola Tesla. The music video uses the art from the graphic novel to evoke Tesla’s story in a unique and powerful way.

Ravé Mehta created THE INVENTOR to illustrate how Nikola Tesla won the epic AC/DC battle against Thomas Edison during the late 19th century, which regarded Tesla as the true Father of Modern Electricity. Although Tesla later died penniless, many of his inventions and ideas continue to live on and are still used in today’s technology, including the creation of electronic music. As a tribute to Tesla, Ravé produced RISE as an electronic dance album that speaks to THE INVENTOR’s themes of LOVE, HOPE and FREEDOM. Find out more about THE INVENTOR graphic novel here.

Ravé Mehta was the featured opening speaker at TEDxMiami recently where he discussed the role of graphic novels in today’s hyper-visual society as tools to re-engage kids to read and learn while inspiring them to use the power of their mind and imagination.-DocFB