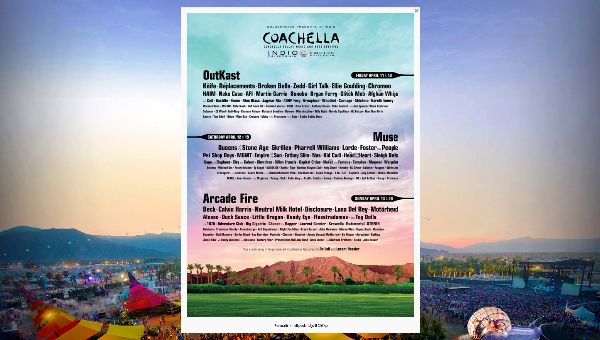 The Outkast Coachella rumors were true as the band along with Muse, Arcade Fire, The Replacements, Beck, Queens Of The Stone Age and more will play the festival.

The festival will take place over two weekends, April 11 and April 18 in Indio, California.

For more info on tickets and the bands playing, go to Coachella.com-DocFB

Diagnosis: “So Fresh, So Clean?  Don’t think you will be after even a day there….