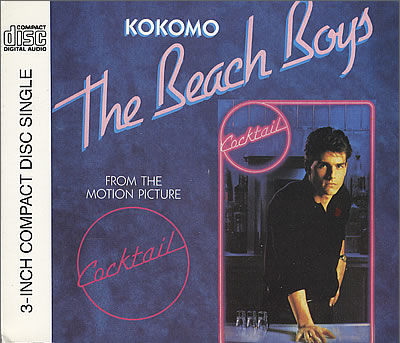 It is time for #tbt #ThrowbackThursday with “Kokomo” by The Beach Boys. The song was released in July of 1988.

“Kokomo” was featured on the soundtrack to the Tom Cruise movie “Cocktail” and hit number one in the U.S., Japan, and in Australia where it stayed at the top spot for almost 2 months.

On the original “Kokomo” demo version, lead vocals were performed by Mike Love and Terry Melcher. The demo harmonies include Terry Melcher, Bruce Johnston, Mike Love, and Jeff Foskett. At Disney Films’ request, the “Kokomo” demo was “upgraded” to a master recording, thus requiring members of the Beach Boys to re-record the demo vocals, except for Mike Love’s lead.

The video was shot in less than 2 hours due to threatening rain. Actor John Stamos can be seen in the video playing bongos, conga, and a steel drum.-DocFB

Diagnosis: If you thought Taylor Swift’s “Shake It Off” was hard to get out of your head…..