25 Feb Sports Boxers & Briefs: PRINCE Thrilled That Kevin Garnett Is Back With Minnesota! 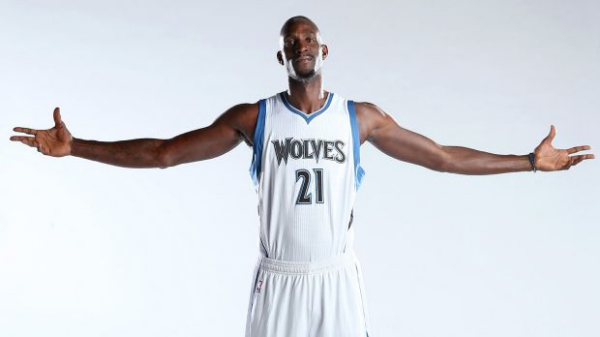 PRINCE was not at the press conference of Kevin Garnett announcing his return to the Minnesota Timberwolves and he is not expected to attend his first game back at the Target Center Wednesday, but make no mistake about it, the Purple One is thrilled that KG is back in MPLS!

Longtime Prince historian Jon Bream wrote today that someone close to Prince wanted it to be known how he feels about Kevin being back and he does plan on attending Timberwolves games in the future. No word yet if Prince will be performing at Target Center anytime soon though.

Prince is a longtime Garnett and NBA fan and can school you on the court.

Several years ago, Garnett was filming a Gatoraide commercial at Prince’s Paisley Park studios. Prince could not be there for the shoot but instructed his staff to take very good care of KG and give him some NPG swag as well.-DocFB