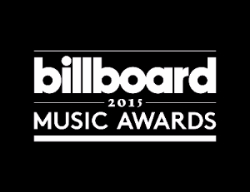 ABC and dick clark productions have announced that the “2015 Billboard Music Awards” is set to return to ABC and will be broadcast live from the MGM Grand Garden Arena in Las Vegas on SUNDAY, MAY 17 at 8pm ET.

The show will showcase this year’s hottest musical acts and biggest music stars. TV host and supermodel Chrissy Teigen will host with hip-hop superstar and actor Ludacris, who returns to host for the second consecutive year and whose eighth studio album, “Ludaversal,” was released today.

“If my extensive collection of all 53 ‘Now That’s What I Call Music’ compilations is any indication, I am both qualified and honored to join Ludacris in hosting this amazing show that spotlights the best music and artists of the year,” said Teigen.

“I had so much fun hosting the Billboard Music Awards last year and I can’t wait to be back!” said Ludacris.-DocFB