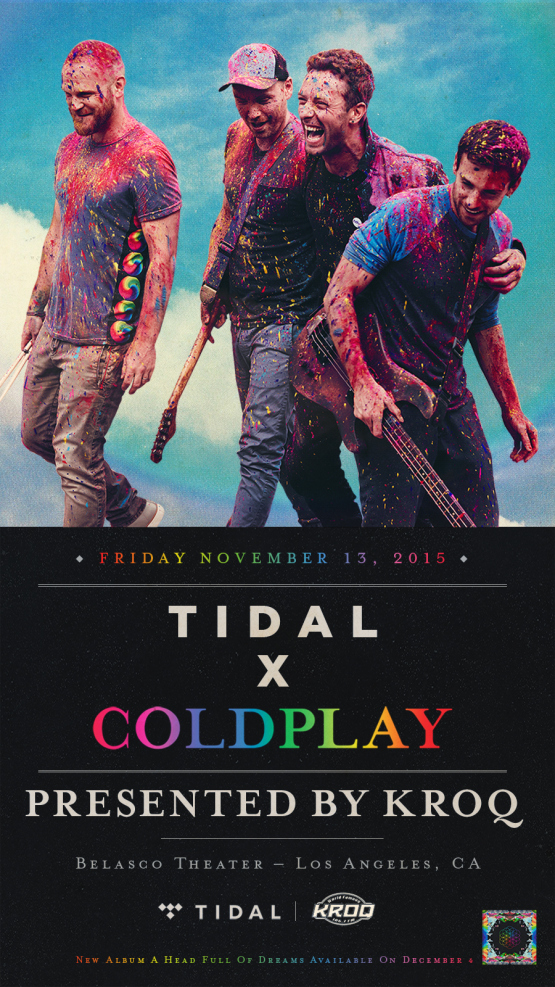 Presented by KROQ and the music streaming service Tidal, Coldplay will perform at L.A.’s Belasco Theater Friday, November 13. Fans will have a chance to win tickets to the show — where Coldplay will debut music from their new album for the first time — by listening to KROQ all week long. The show will also be broadcast live through Tidal.

“Coldplay have never enjoyed making a record more than this one. Nor have they been happier with the results,” the band said.-DocFB

Diagnosis: A Head Full of Dreams will be released on December 4.