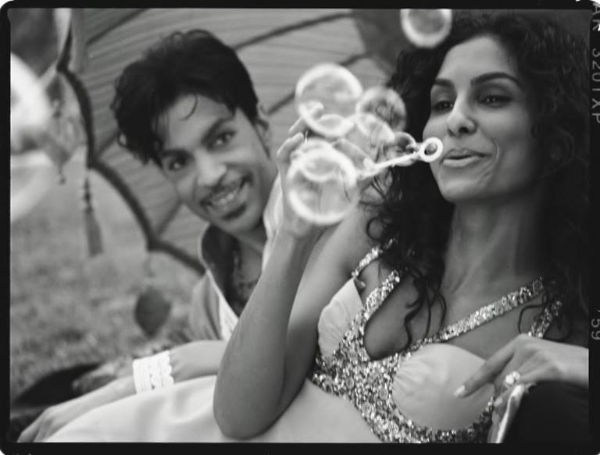 How would you like to spend the week of your 5th anniversary to your present husband?

How many of you would answer that you would want to celebrate it by traveling to Minnesota to block divorce documents to your first husband from being unsealed?

Manuela Testolini, the second ex-wife of music icon PRINCE was in the Hennepin County Family Court room in Minneapolis this morning, August 4th, to BLOCK the Minneapolis Star Tribune from unsealing her 10 year old divorce agreement with Prince. Testolini is fighting for the documents and divorce papers to remain private. She and Prince were married for five years.

Leita Walker, the attorney for the Star Tribune in this matter says that Prince’s privacy died with him on April 21st and the public interest in the contents of the court file are newsworthy given his death from an accidental overdose of fentanyl on April 21. Ouch.

Sorry, I think if it has nothing to do with his will, it should remain private, alive or dead. Manuela is still alive as well. Hennepin County did an investigation of his death already so trying to use that excuse on documents from 10 years ago is not really going to help the matter.

Let’s keep in mind this isn’t a will. It will not help the matters of the estate. At all. Testolini had her own attorney at the proceedings along with an attorney from Bremer Trust, who is acting on behalf of Prince’s estate. This is Prince’s hometown newspaper requesting this info. Testolini, who is married to R& B singer Eric Benet and in spite of that, has led a pretty private life until April 21st.

Judge Thomas Fraser didn’t rule on the request, but he did take it under advisement.

Testolini was in contact with Prince’s camp before his passing to let him know she was going to build a school in his honor. Testolini was in charge of Prince’s LOVE4ONEANOTHER charities by Prince which led her on a path of charitable causes for her own In A Perfect World organization. There will now be multiple schools and Testolini acknowledged that without Prince’s guidance of putting her in charge of the L4OA charities, In A Perfect World may not exist. IAPW has already built 23 schools and have helped over 30,000 under-served kids in 8 different countries,

Testolini’s attorney argued that the unsealing of divorce documents would mean a continued and renewed interest in her, which impacts her family and in particular her two young children. An example was used of paparazzi ambushing Testolini in her home near Calabasas, California, and her daughter was frightened by the aggressive behavior.

Testolini was instrumental in putting together a memorial in Los Angeles shortly after the music legend’s passing. She has also been involved with a screening of the “Purple Rain” movie that will take place at the Motion Picture Academy in Los Angeles April 29th that will feature director Albert Magnoli, Jerome Benton, and Jill Jones so far.

Diagnosis: Love 4 One Another…..