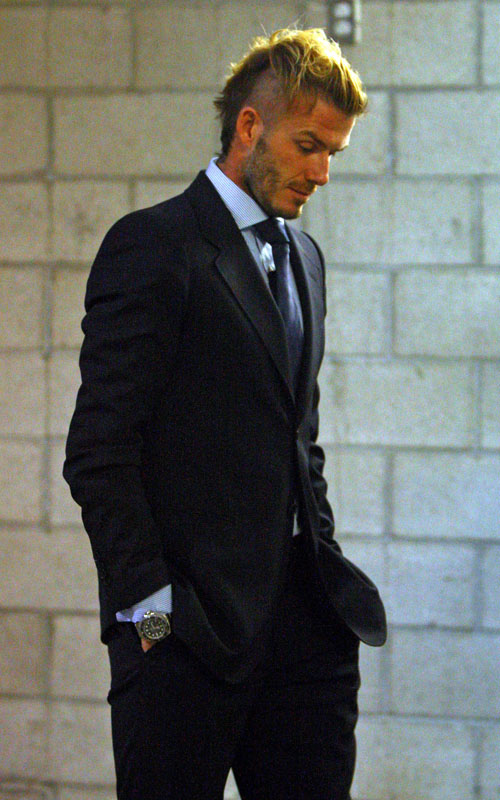 David Beckham, who was sporting a new ‘doo before the game for the Galaxy this weekend has announced he will be not moving to Milan, Italy and will stay in Los Angeles.

David Beckham along with wife Victoria Beckham say it is for the betterment of the children.  I smell something funny and this time, it is not Victoria.  If it was for the children, wouldn’t it have been discussed when they were all up about Italy earlier this year?  Me thinks that Beckham’s value has gone down in Italy and his value here is still high.

Soccer still has not caught on as much as people thought when Beckham was signed by the Los Angeles Galaxy but he is still a hot commodity when it comes to the city of L.A. and fashion.  Plus, he looks really good in suits, doesn’t he?-Dr.FB