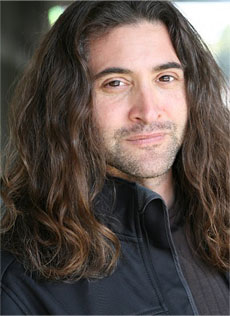 Andrew Koenig, who played “Boner” on the 80’s sitcom has been missing in Vancouver for almost a week and has not used his cellphone in about that time as well.

Sarah Silverman, Alyssa Milano, Felicia Day, Hal Sparks, Alyson Hannigan and many other celebs have taken to Twitter and other means to ask for the public’s help in Andrew’s disappearance.
His father, Walter Koenig, who was part of the original Star Trek has posted a message about his missing son;
“Andrew was suffering from depression at the time of his disappearance … On Feb. 16, Walter received a letter from his son Andrew, which caused his father to grow concerned about his whereabouts because of it’s despondent tone. It is not believed that any specific incident prompted Andrew’s disappearance.”
Hopefully, a week later, Andrew turns up.  The longer it takes, the less likely it will be any good news.  Trying to stay positive for his family.-Dr.FB