20 Apr Prince Is All Over L.A. For 21 Nights: Special Guests 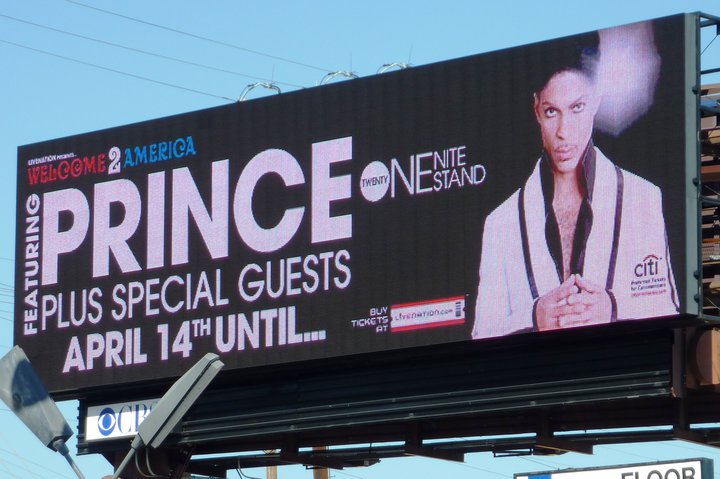 There are billboards of Prince all over Los Angeles like the one above.  Nice to see him everywhere as much as we see Kim Kardashian posters all over town.

Not only is Prince all over L.A., he has a half hour special entitled “Prince: Behind The Symbol airing on the Africa Channel.  We tried to host some of the clips on this site, but there has been some misunderstanding and we are still trying to get it worked out.

Also, opening up for Prince Friday night at the Forum will be R&B group Mint Condition.

And Saturday….YOU DO NOT WANT TO MISS IT!  GET YOUR TICKET NOW AS THERE WILL BE A SPECIAL SURPRISE PERFORMANCE BY…….

N Prince, if I post the video of this….surprise performer and you….please let us have it up for at least 72 hours to share the surprise with those people in London always griping to the Doc.  K?  Thanks!-Dr.FB

Diagnosis:  Opening night was just a taste of the FUNK!