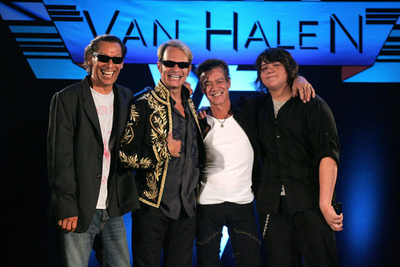 It has not been officially announced but it looks like Van Halen is about to leave Warner Bros. Records after 35 years together.

HitsDailyDouble.com is reporting the signing.  David Lee Roth, Eddie Van Halen, Alex Van Halen, and Wolfgang Van Halen have been recording together for the better part of a year.

The band was to perform in Australia this month, but have since backed out.  There is no status on tour dates although we have heard that they do plan to tour with the upcoming album in 2012.

The announcement of leaving Warner Bros. for Columbia may be delayed due to the news of R.E.M. breaking up and are signed to Warner Bros. as well.-DocFB

Diagnosis:  Are They Still Relevant Being Back With “Diamond Dave”?