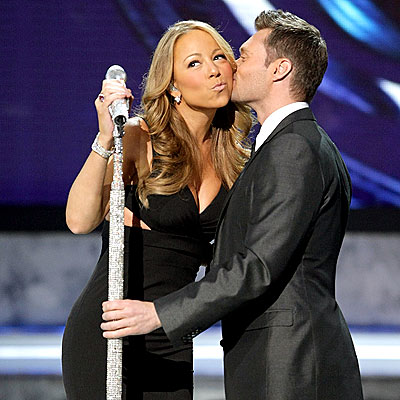 So much for husband Nick Cannon stating “American Idol cannot afford Mariah Carey” as she just signed on to be the next judge on the show for $18 million dollars.

The deal is for one year and was made today at the TV Critics Association Summer Press tour in Beverly Hills.

Depending on if Randy Jackson stays, they still have at least one judge’s chair to fill.

The rumor that Adam Lambert will fill that seat is still in effect.

Mariah just released this statement via twitter and facebook: “It’s gonna be so much fun working on American Idol. As a singer-songwriter, I’m excited to help find and nurture new talent. LYM!” –MC

So was signing Mariah Carey to Idol a good move for the show to keep it alive?-DocFB