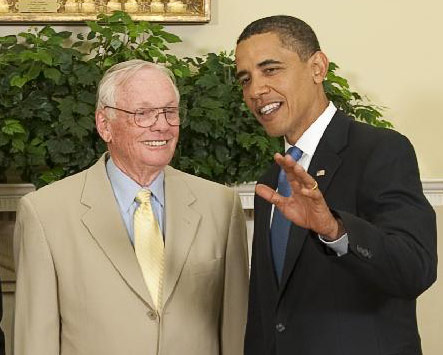 Neil Armstrong passed away today at the age of 82. He was the first man to walk on the moon.

He had heart surgery earlier this month. No word yet if it was complications from the heart surgery, although it does seem likely.

Armstrong walked the moon on July 20th of 1969. He was the commander of the Apollo 11 vessel.

He was the one who was quoted saying “That’s one small step for man, one giant leap for mankind.”