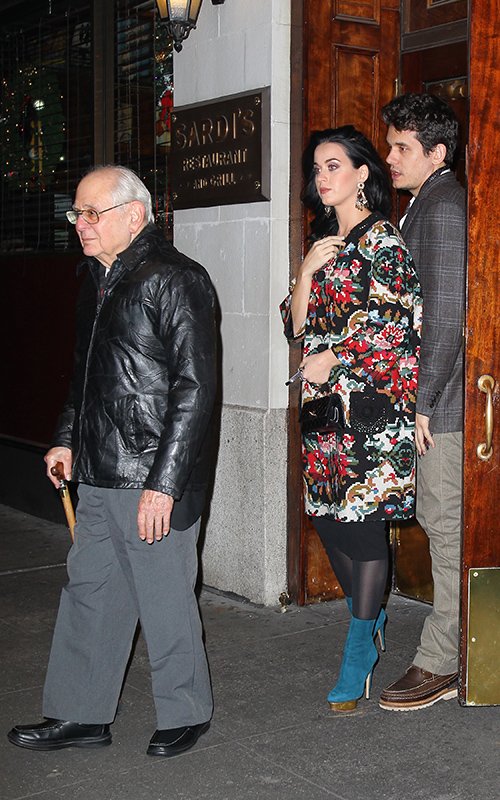 Katy Perry & John Mayer were trying to make a hasty exit after eating at Sardi’s in the Broadway District in New York last night. One thing stopping them other than camera’s? An older gentleman.

Ahh. Not just an older gentleman but John’s father Richard. He didn’t seem to like the camera’s too much…and who could blame him?

We haven’t seen John hanging with Katy’s parents yet…and the way after they slammed her ex….we don’t blame him for rushing into that. 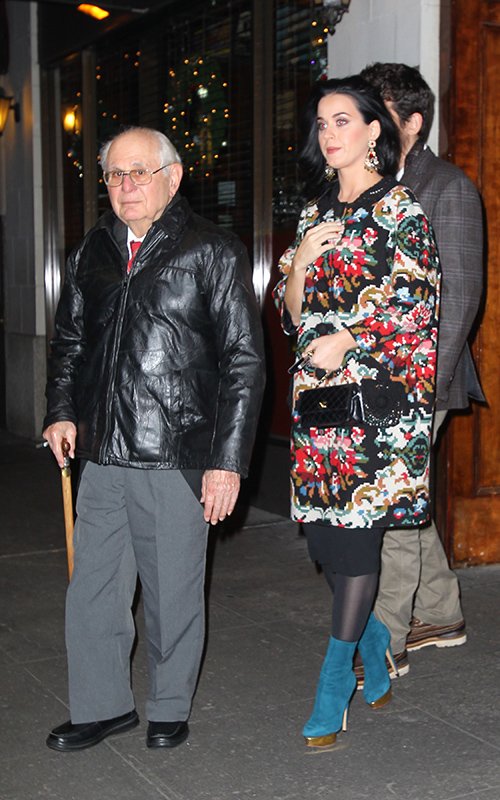 John would probably look like his father does when the camera’s are on him when that happens.-DocFB

Diagnosis: This relationship has been running rather “Hot n Cold”..ahem.