Posted at 11:57h in Music by drfunkenberry 32 Comments
0 Likes
Share 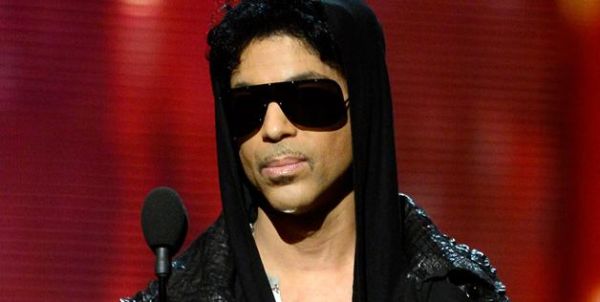 PRINCE only appeared on the Grammys to present, like we told you, and an appearance was all that was needed for a standing ovation by the crowd.

There are celebrities…and then there is PRINCE, the icon that even stars get star-struck by. Gotye and Kimbra seemed more happy to talk to PRINCE than to get the award.

PRINCE made his way to the Billboard After Party where he stayed for a short time.

Also, PRINCE released “ScrewDriver Live” on PRINCE2013.com & 3rdEyeGirl.com for $1.77. You cannot view it or preview it for free, it must be purchased. It is a black and white video with PRINCE, Donna Grantis, Ida Nielsen, & Hannah Ford.

PRINCE also is scheduled to play Denmark on August 7th, as part of a festival.  With the event being overseas and knowing in the past of overzealous promoters,  we waited til we could confirm with the camp and we have. We rather have the info accurate instead of being first in this case. You can find more info on the event HERE.

I think it is safe to say you will see more dates of PRINCE overseas this summer and when we have that info, we will pass it on.

Don’t fret people in the U.S.  Prince is still slated to appear at the Carnegie Hall Tribute March 7th,  and will receive the Icon award and perform  at the Billboard Awards in May.-DocFB