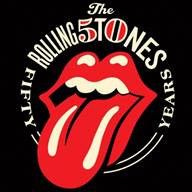 The Rolling Stones officially announced the kick off date of their “50 & Counting Tour” being May 2nd at the Staple Center in Los Angeles.

The tour debut will be followed by performances in Oakland, San Jose, Las Vegas, Anaheim, Toronto, Chicago, Boston and Philadelphia.

As a part of the general on sale, there are a variety of ticket prices including over a 1,000 tickets per show at $85 (including service charges). Some will be among the best seats in the house in the Tongue Pit, with others spread around the arena. These tickets will be sold as a pair. You will find out your seat location when you pick them up the night of the show.

This is the first tour the Stones are doing with AEG.