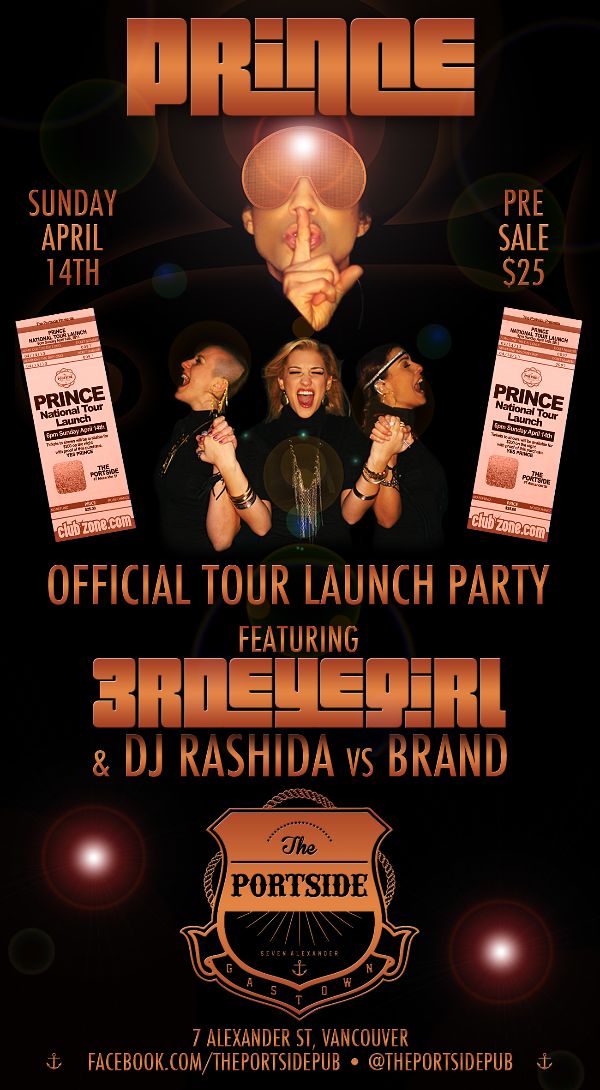 Here is the official Live Out Loud tour launch party for the LIVE OUT LOUD tour by PRINCE & 3rdEyeGirl.  The launch party is being held at The Portside.

As we reported first and exclusively, (hate pointing that out, we really do) the event will be attended by PRINCE briefly but 3RDEYEGIRL will be holding down the party as DJ RASHIDA spins the tunes and also previews the new album by PRINCE & 3RDEYEGIRL tentatively titled “Plectrum Electrum” through the night.

The pre-sale tickets are $25.00 but will be higher at the door. Please go to their Facebook page for more info.

Also, we were sent this via email but decided to share this deal with U as well.

Northern Tickets are offering this deal for the PRINCE & 3rdEyeGirl Shows:

For every 2 PRINCE & 3rdEyeGirl tickets you buy, you will receive 50 percent off your order! It is basically like a buy 1 get 1 deal! Also, a percentage of the sale will go to a charity!

For the 50% deal, go to NorthernTickets.com , select the PRINCE & 3RDEYEGIRL show of your choice and enter the promo code which is SCREWDRIVER.  This deal is only applicable in multiples of 2 (max 8 tickets per order). Please be advised the system will not recognize tickets ordered with an odd number.

The charity the money will go to is the ST. James Music Acadamy.

Also, remember at the Portside tonight, they will be having contests for tickets and also special deals!

Diagnosis:  The Organ Grinders and more better be ready!