08 Jul Metallica To Take Over Comic-Con For Performance & Panel 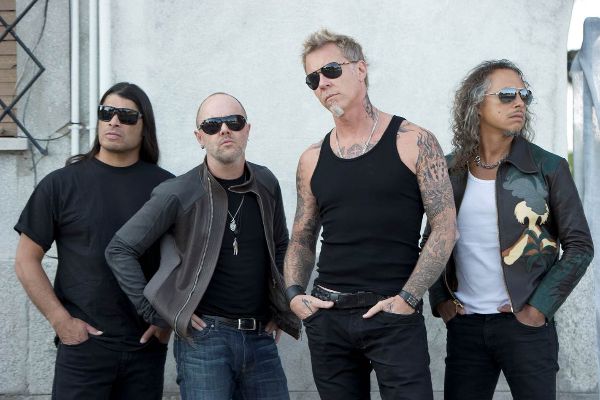 Picturehouse announced today the iconic band, Metallica, will appear for the first time ever at Comic-Con in San Diego with a special live performance and Hall H Panel on Friday, July 19 in support of the groundbreaking 3D feature film, “Metallica Through The Never”.

The Hall H presentation will world premiere the “Metallica Through the Never” theatrical trailer and poster, show exclusive preview footage and discuss the making of the film. Only during the Hall H panel will Comic-con conventioneers in attendance have an opportunity to win tickets and learn the location where Metallica will play later that same evening. Also, the event launches advance ticket sales for the September 27, 2013 opening of the film available online at www.fandango.com.

For more info, including the film’s release date, click here…

Metallica Through the Never stars Metallica, one of the most popular, influential rock bands in history. In this music-driven, 3D motion picture event, award-winning filmmaker Nimród Antal immerses audiences in a bracing, raw and visceral cinematic experience with spectacular live performance footage of Metallica’s most iconic songs — created exclusively for film — combined with a bold, narrative story featuring imagery drawn from the band’s trailblazing iconography. Dane DeHaan portrays Trip, a young roadie sent on an urgent mission, during the Metallica’s roaring live set in front of a sold-out arena. The film features dazzling pyrotechnics, the most elaborate live-performance stage ever built and state-of-the-art 3-D photography, captured using up to 24 cameras simultaneously. Picturehouse will release Metallica Through the Never in North America on September 27, 2013 exclusively in over 300 IMAX® 3D Theatres, and will expand into additional theaters on October 4, 2013.-DocFB

Diagnosis: The 3D concert film has been done before but it seems this is on a different level. One Direction is doing it. Justin Beiber did it. However, it was most likely just putting it out to make money off thier fans. This seems planned from the start and that they did things that will crossover well in 3D. Will hold judgement til after I hear more and see the preview.