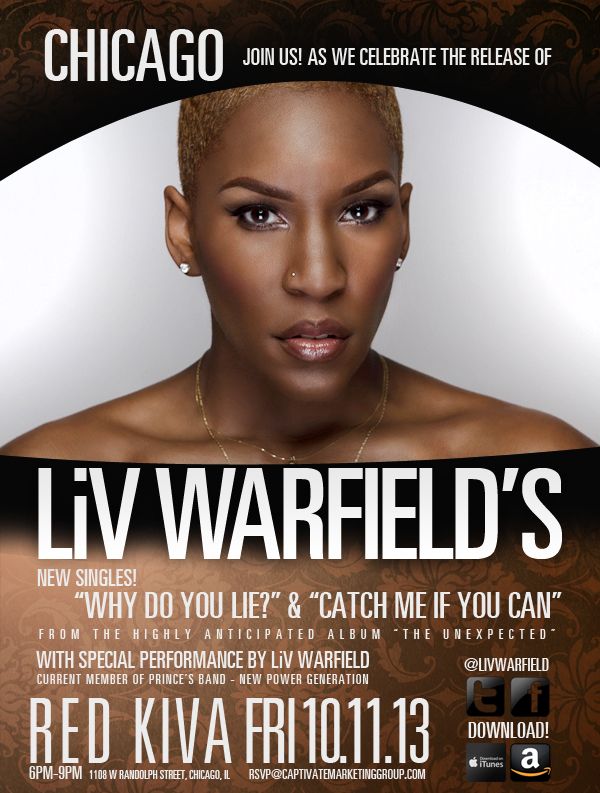 Liv Warfield will be having a single release party for “Why Do You Lie?” and “Catch Me If You Can” at the Red Kiva in Chicago on October 11th!

We were very honored to have Liv on the Spreecast to interview her about her latest singles, to expect the unexpected in regards to her new album, working and touring with PRINCE & THE NPG and more.

If you are in Chicago next Friday and looking for some real music, make sure to hit up Red Kiva to see Liv perform!-DocFB

Diagnosis: The grooves of both songs are infectious. FUNK overload!

Catch Me If You Can, Liv Warfield, NPG, Release Party, Why Do You Lie