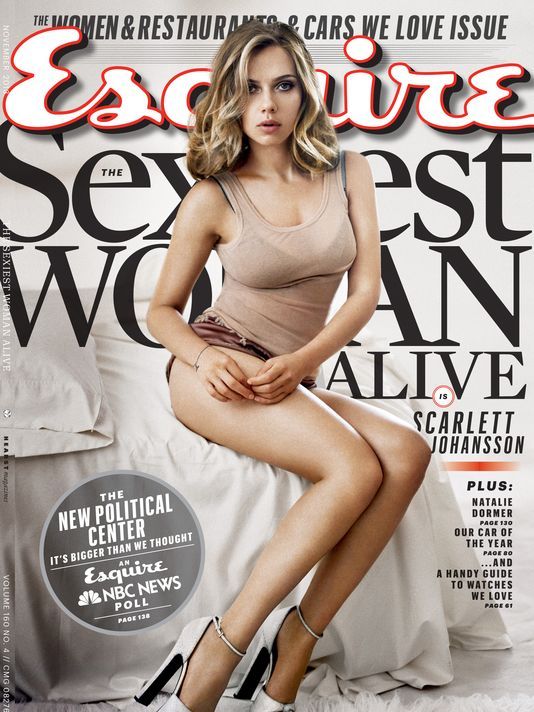 Esquire magazine has named Scarlett Johansson the “Sexiest Woman Alive”.  This is the 2nd time that Scarlett has held the honor.

The first time Johansson was named “Sexiest Woman Alive” by Esquire was in 2006.  7 years later, she gets the title again and it is the first time the magazine has named someone SWA twice.

On what she has done to succeed in business:

“You know, I gotta hustle. I’m a twenty-eight-year-old woman in the movie business, right? Pretty soon the roles you’re offered all become mothers. Then they just sort of stop. I have to hedge against that with work—theater, producing, this thing with Esquire.”

Diagnosis: Congrats to her on the title.  Stay tuned as a magazine next month will call Rihanna the SWA.  Then stay tuned for the month after when Kate Upton gets that honor. And then…..