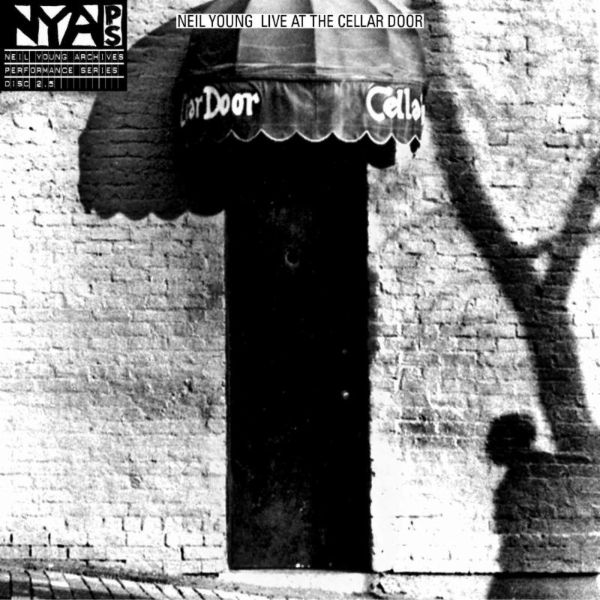 Neil Young will be releasing a live collection of a six night stand he did at an intimate Washington D.C., venue in 1970. “Live At The Cellar Door” will be released on NDecember 10th!

Neil Young will release Live At The Cellar Door, the latest in his Archives Performance Series, on December 10th on Reprise Records. The album collects recordings made during Young’s intimate six-show solo stand at The Cellar Door in Washington D.C. between November 30th and December 2nd, 1970, a few months after Reprise released his classic third solo album After The Gold Rush in August. Of the many unique gems found on Live At The Cellar Door, a rare solo version of “Cinnamon Girl” performed on piano rather than guitar is a particular treasure for Neil fans (the full band version appears on Young’s 1969 second solo album Everybody Knows This Is Nowhere).

The album, which features Young performing on acoustic guitar and piano, includes tracks that are interesting for several reasons, such as stunning live versions of songs that appeared on After The Gold Rush (“Tell Me Why,” “Only Love Can Break Your Heart,” “Birds,” “Don’t Let It Bring You Down” and the title track) and solo performances of the Buffalo Springfield songs “Expecting To Fly” (from their 1967 second album Buffalo Springfield Again), “I Am A Child” (from their third and final album Last Time Around and Young’s 1977 Decade compilation), and “Flying On The Ground Is Wrong,” from their 1966 self-titled debut.

In addition, Live At The Cellar Door features early, raw performances of songs that wouldn’t appear until subsequent Young albums, including the rarity “Bad Fog Of Loneliness” (which appears on Live At Massey Hall ’71 – released in 2007– but was previously unreleased until the studio band version was included on Archives Vol. 1 1963-1972) and “Old Man” (released two years later on 1972’s Harvest album). “Down By The River,” also from Everybody Knows This Is Nowhere, rounds out the spectacular set.

Live At The Cellar Door was recorded by Henry Lewy and produced by Young.

As with Young’s previous releases in the Archives series, Live At The Cellar Door will be released digitally, on CD, and on 180-gram vinyl (mastered by Chris Bellman at Bernie Grundman Mastering and pressed at Pallas in Germany).

The track-listing for Live At The Cellar Door is as follows:

Side One:
Tell Me Why
Only Love Can Break Your Heart
After The Gold Rush
Expecting To Fly
Bad Fog Of Loneliness
Old Man
Birds
Side Two:
Don’t Let It Bring You Down
See The Sky About To Rain
Cinnamon Girl
I Am A Child
Down By The River
Flying On The Ground Is Wrong

Diagnosis: Nice that a set like this is coming out 40 years after it’s recording!