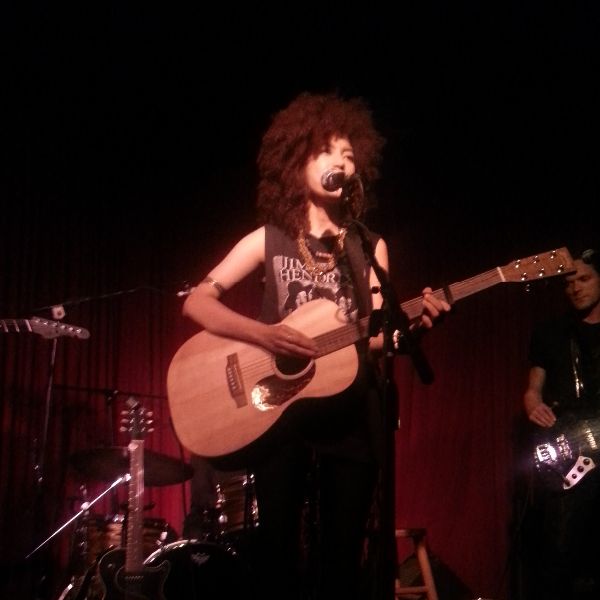 Andy Allo performed at Hotel Cafe on Monday, the last night of her residency to a packed house. Seconds after she took the stage, Prince glided in to catch the show.

Andy Allo kicked off her 45+ minute set with a new song that was quite beautiful but no title was given. Next was a funky version of “Yellow Gold” from her album “Superconductor” followed by a rock-sounding “Wait In Vain” by Bob Marley. Allo followed that up with another song from Superconductor, the beautifully-tinged “Nothing More” which I was extremely happy to hear live.

For the full review with more photos and videos, click here! 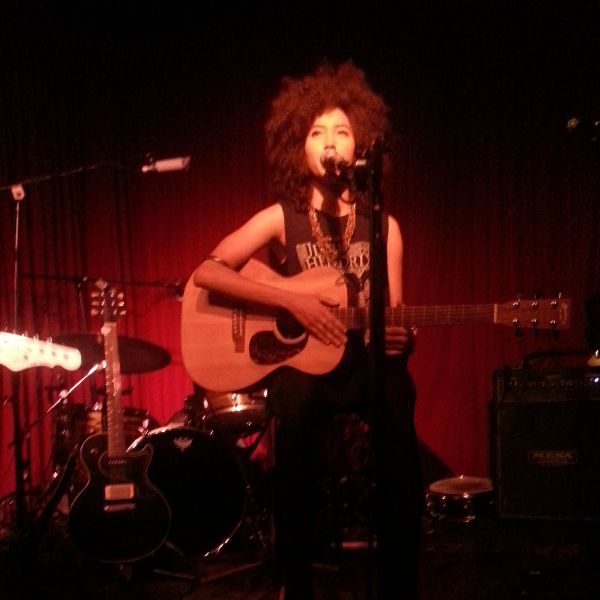 Andy had crowd participation and a back up singer in the audience which helped the vibe of things.

“If I Was King” was next on Andy’s playlist for us and she was feeling the groove so much, after they stopped, Andy decided to bring it back for a reprise.

Allo then closed the show with “People Pleaser” and I think I saw a few midnight teaser’s in the audience. We really were wanting more but just like that, Andy was leaving the stage and shared a moment with Prince before she headed to the back to mingle with the concert-goers. Prince exited the Hotel Cafe the same way he came in, which alluded the crowd. Aside from the city lights shining on his fro when he entered and exited, you wouldn’t have known he was there.

This is the first time I have seen Andy since she performed at Jimmy Kimmel with Maceo Parker of October 2012.

I talked with Andy after the show and her use of STAGE IT which she did the day before from her living room. It is a service where you pay what you want to watch, even 10 cents, and are able to see Andy and other artists perform. 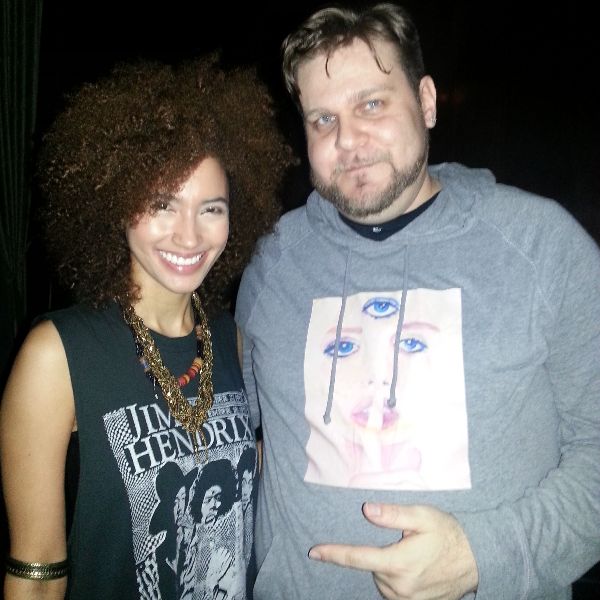 Allo is very excited for her European tour which kicks off later this month and you can see tour dates HERE.

We talked about “Superconducter Reloaded” and will share that conversation later this week as I just want to keep the focus on the review. Great show. Great performer. Great energy.

Thanks to Mecca for hooking up the Doc so we could provide the videos and photos in the review. Appreciate it!-DocFB

Diagnosis: Europe, you are in for a treat!