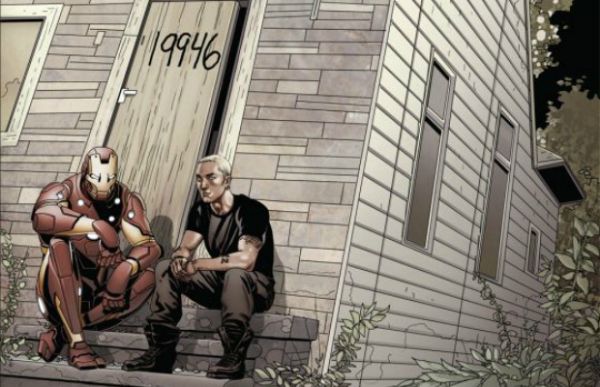 Marvel Comics has released a variant cover of The Mighty Avengers which features EMINEM and Iron Man sitting in front of Em’s house growing up.

This is the second time Eminem has been featured on a Marvel variant cover. The first was in 2009 with The Punisher.

Eminem’s manager Paul Rosenberg spoke about why a variant cover was made:

“When the opportunity came up for us to do a variant cover with Eminem and Marvel, we immediately thought about how cool it would be for Eminem to be sitting with one of his favorite super heroes on the steps of the now abandoned house that he grew up in,” 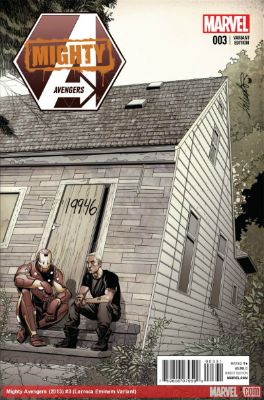 Salvador Larroca designed the variant as well as the Punisher one in 2009.-DocFB

Diagnosis: Pretty cool variant. Surprised not more of an outcry that a cover with Eminem was made both times…