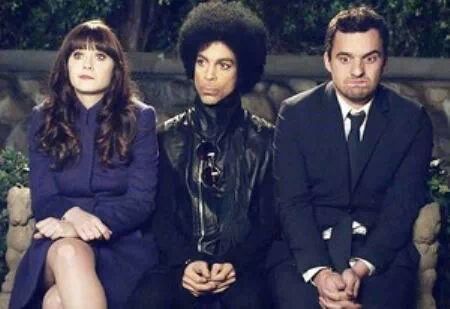 PRINCE is guest starring on “New Girl” as himself for the episode airing after the Super Bowl this Sunday Feb. 2nd and Fox has released a TON of promo clips for the special show!

This is a longer clip of the promo that has been airing on Fox Networks for over a week.

SPOILER ALERT. The rest of the promos give away a LOT of the plot for the episode, so if you want to be surprised, do not click below!!

For those that cannot wait and want to see more of Prince on “New Girl”, click here for rest of the promo clips….

The fellas try to figure out how to crash the party. Note: This scene takes place BEFORE Nick freaks out over Prince. “Fire & Ice” was Winston and Nick’s Prince tribute band back in the day.

I think that is gonna be my new pick up line. See someone sexy and just slide on over to them and say….”Do you like pancakes?” Yea, that’s it.

“Anything beautiful is worth getting hurt for…”

Wouldn’t you be tripping if you knew your girl was alone with Prince? Little does Nick know Prince is doing him a solid….

Jess doesn’t know her Dodgers, does she?

Well, that is all the clips so far! If more get released, we will post them here!

On this week’s PRINCE Spreecast, we talked about “New Girl”, The UK Tour, Liv Warfield, lawsuits, and more.-DocFB 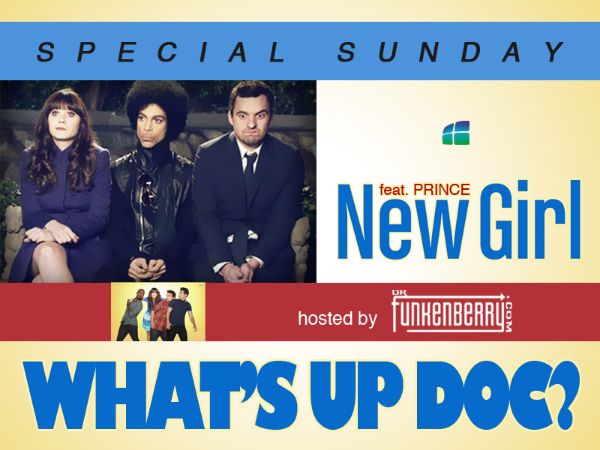 Diagnosis: We will be having a Special “New Girl” Prince Spreecast after the show airs on Super Bowl Sunday. The chat will also be open during the show as well…..Be there! Click on the photo above to RSVP!