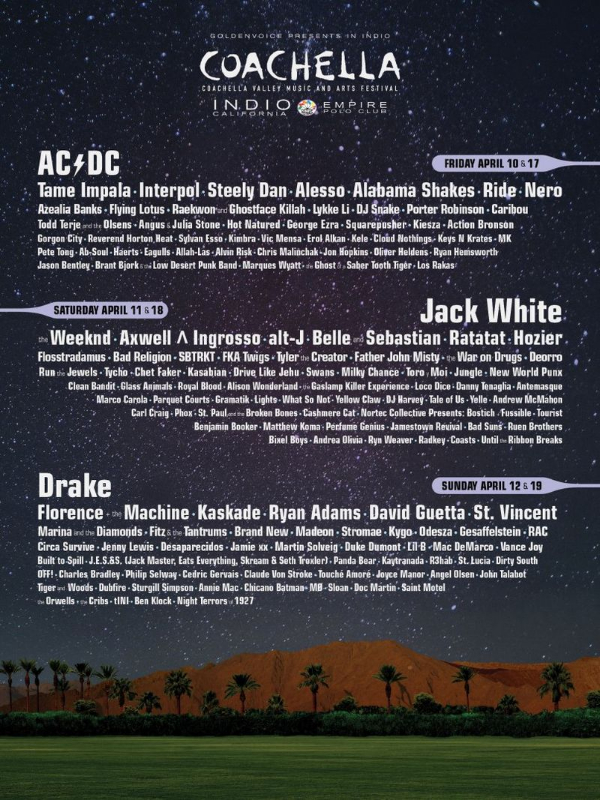 The 2015 Coahcella line-up was released today officially, without the fanfare of fake line-ups. The festival will feature AC/DC, Jack White, and Drake as headliners.