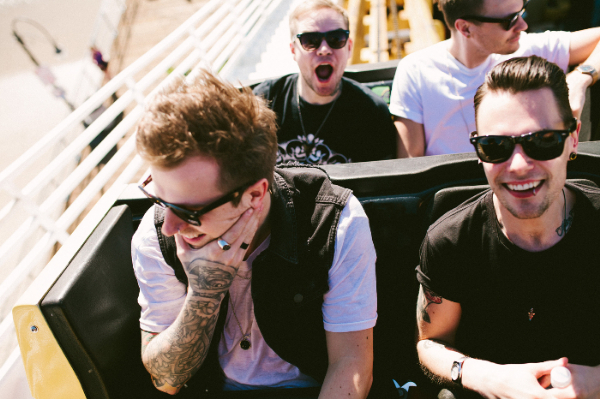 Since the release of their Red Bull Records debut The Good Youth Blitz Kids have become one of the UK’s most buzzed-about new bands. They have toured with All Time Low, Mallory Knox, Taking Back Sunday and more, played festivals like Download, Slam Dunk and Sonisphere, gotten airplay on Radio 1 and were nominated for a Kerrang Award for Best British Newcomer.-DocFB

Diagnosis: Blitz Kids will be heading to SXSW March 18-21 to support “Keep Swinging,” which is being re-released along with additional exclusive content: an acoustic version of the track and a cover of One Direction’s “Steal My Girl” that was recorded at Red Bull Studios in Amsterdam.