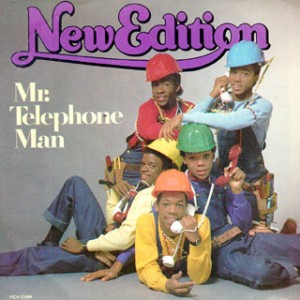 The Old School Jam Of The Moment is “Mr. Telephone Man” by New Edition.

“Mr. Telephone Man” included lead vocals from Ralph Tresvant, Ricky Bell and Bobby Brown with a rap by Michael Bivins and was written by Ray Parker, Jr. and was released on November 28th, 1984.

Diagnosis: Parker used the exact melody from a previous song of his entitled “A Woman Needs Love”…