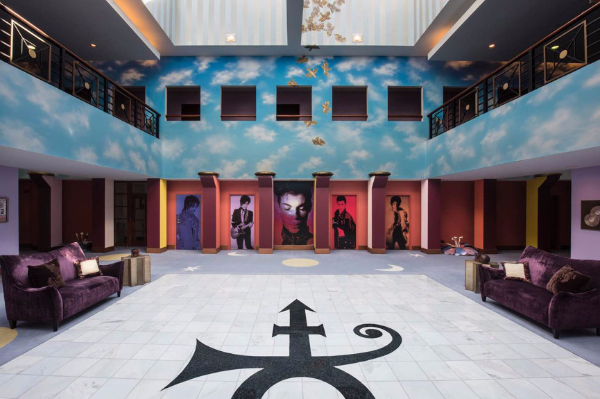 We just received this press release re NEW tours for Paisley Park & so much more!

CHANHASSEN, Minn. (November 10, 2016) – Prince’s Paisley Park in Chanhassen, Minnesota has announced that it is expanding and enhancing its tour of the legendary production complex by offering new, themed fan experience packages, starting December 1st, in addition to the current General Admission and VIP tours. Tickets are now available for General Admission and VIP tours through March 31, 2017, in addition to these new themed experiences, while availability lasts. Visit the enhanced Paisley Park website, OfficialPaisleyPark.com, which launched today.

These new, themed tour options will offer Prince fans and visitors from around the world an even more in-depth, fully-dimensional Paisley Park experience with dance parties, dining experiences, recording opportunities, concert films and movies – evoking the activities and special events that Prince would often host at Paisley and bring to his fans.

– On Thursdays, all day, starting December 1, VIP tour ticket holders will have the unprecedented opportunity to record live vocals over a short segment of a Prince song in the legendary Studio B control room – the same studio where Prince recorded countless hits, including songs from Sign O’ The Times, Graffiti Bridge and Emancipation. VIP tour ticket holders who record in Studio B will be able to take the live mix home with them on USB.

– On Sundays, all day, starting December 4, the “Brunch Experience” VIP tour package will include a special meal in the NPG Music Club, featuring Prince music, videos and many of his favorite foods.

These new tour experiences enable Paisley Park to continue the music, dance, movie and dining events that Prince held at Paisley Park and wished to continue. One such event was the now legendary “Breakfast Experience Pajama Dance Party” which Prince hosted at Paisley Park in October of 2013 (full recounting here via The Current). As Prince said himself, in concert in Amsterdam in 2014:

“When U come to our house, next time we see each other, it’s gonna be at Paisley Park.
And if U don’t know the way, get somebody 2 show you.
At Paisley Park, we sing 2gether, we dine 2gether, we love 2gether.”

Visit OfficialPaisleyPark.com for pricing info and details on these special packages and to purchase tickets.

Today also marks the launch of Paisley Park’s official online merchandising storefront. The shop – hosted at OfficialPaisleyPark.com – now offers a full line of exclusive Paisley Park merchandise, including unique clothing apparel and accessories. Fans are invited to visit the shop today and sign up for the Paisley Park email newsletter for exclusive pre-sale and new product announcements. Shipping is currently set up for orders to Canada, the USA and Mexico. International shipping for fans outside North America will be available very shortly.

Paisley Park opened for public tours last month, providing fans worldwide with an unprecedented opportunity to experience first-hand what it was like for Prince to create, produce and perform inside this private sanctuary and remarkable production complex. Visitors can see artifacts from Prince’s personal archives, including iconic concert wardrobe, awards, musical instruments, artwork, rare music and video recordings and motorcycles. The reception and reviews from fans and media who took the tour during its opening month have been tremendous, with visitors calling it an incredible, must-see experience.

Prince sold over 100 million records worldwide, making him one of the best-selling artists of all time. He won seven GRAMMY® Awards, a Golden Globe Award, and an Academy Award® for the film “Purple Rain,” all of which are displayed at Paisley Park. He was inducted into the Rock and Roll Hall of Fame in 2004, the first year of his eligibility. Prince was born in Minneapolis and resided in the Minneapolis area throughout his life.