Posted at 11:22h in Sports by drfunkenberry 4 Comments
0 Likes
Share 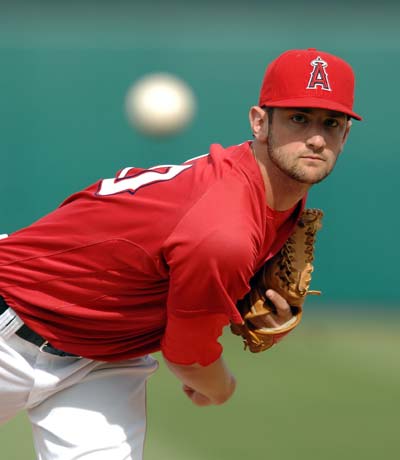 This is taken from espn.com. So sad!

Nick Adenhart, a rookie pitcher for the Los Angeles Angels, died after being involved in a car crash early Thursday morning, just hours after pitching in a game in Anaheim.University of California, Irvine Medical Center spokesman John Murray said Adenhart died after undergoing surgery.Adenhart, 22, was one of three people involved in the crash early Thursday after pitching in a loss against the Oakland Athletics. He got a no-decision after six scoreless innings, giving up seven hits, striking out five and walking three in just his fourth major league start.The driver of a minivan ran a red light in Fullerton and hit two cars. According to multiple reports out of the Los Angeles area, three people were killed in the crash, and one was seriously injured.The Los Angeles Times reported that the minivan’s driver ran from the scene, but was arrested about a mile away.Adenhart, a 6-foot-3, 185-pounder from Silver Spring, Md., made his major league debut on May 1, 2008. He has spent most of his time since with Triple-A Salt Lake, but got his break this year with a good spring training and the fact the team needed help in the starting rotation, with John Lackey, Ervin Santana and Kelvim Escobar all starting on the disabled list.
Information from The Associated Press was used in this report.
So so sad!-Dr.FB