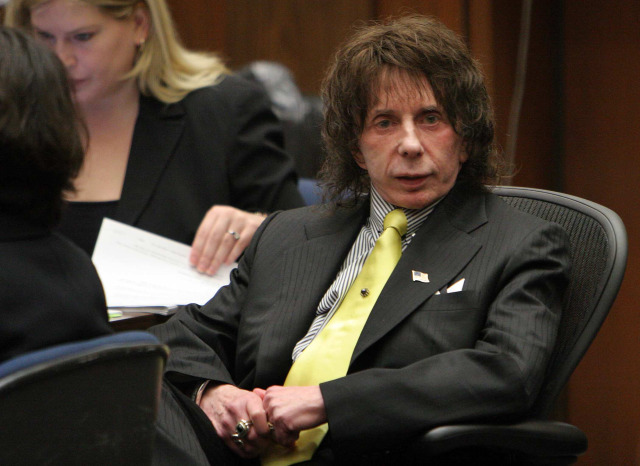 After one deadlock of the jury and 6 years later, Phil Spector was convicted of murder today.

Phil is being held without bail and will remain so until his court date May 29th.

He could get up to 18 years in jail.  Aww.  No more crazy hair don’ts doos, no more I am above the law.  Sorry to say, but it is nice to see a time that money and celebrity do not let you get away with murder in this century.  He thought he could, but he didn’t.

Good riddance to someone who used to be a music mogul legend but is now known for his crazy ass hairstyles.  Will Phil even survive in jail ’til May 29th?-Dr.FB