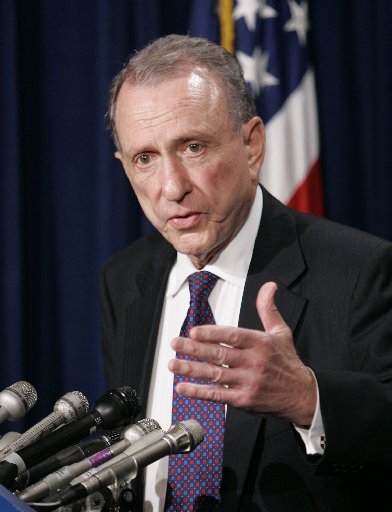 In a move that stunned fellow Republicans, US Senator Arlen Specter of Pennsylvania announced Tuesday that he is switching to the Democratic Party, bringing the Senate majority Democrats one vote shy of the filibuster-proof  number of 60 seats. If Al Franken of Minnesota indeed comes out the winner in that seat’s election (the recount is on-going, with Franken leading), then the Democrats will hit that magic number of 60.

Specter says the move reflects his philosophical alignment with the Democrats, saying he found himself increasingly “at odds” with the Republican Party.  He denies accusations from fellow Republicans that the move was politically motivated to increase his chances for re-election in a state that is tilting away from conservatives. Specter is up for re-election in 2010 for what could be his sixth term.