14 May Martin Scorsese To Take On Sinatra Biopic 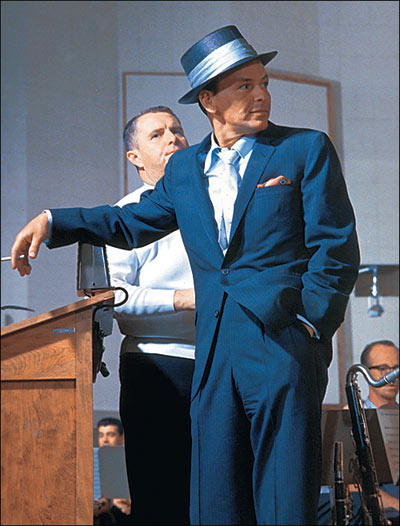 It didn’t take 3 coins in a fountain or going south of the border or going to going to my kind of town Chicago, or being a part of New York, but it did take a few years but now it is going to happen; Martin Scorsese is going to direct a Frank Sinatra pic. Yes!

OK before any of you knew what swagger was, Sinatra had it.  Before there was cool, there was Sinatra.  Who better than Scorsese to direct it?  No. One. It took two years to secure the rights to Sinatra’s music.  Warner Music finally agreed with his estate on it. (Don’t get me started on that crap.  Just glad it got done.)  It will cover all aspects of his life.  No word on casting yet people are hoping it does not go to Leonardo DiCaprio.

Why not newcomer Chris Pine?  Just want to be the first one to throw it out there.  This soundtrack has endless possibilities.  I would LOVE someone to cover “Jealous Lover.”  You would need a great horn section but trying to emulate Sinatra’s vocals on it would be killer.

Sinatra by no means was a saint, having some ties to the mob but when you would hear about a kid dying and the family not being able to afford a funeral, all of a sudden there would be a donation covering the cost of the funeral by a person who did not reveal their identity.  Sometimes, that is the real charity.

Can you guys tell I am excited by this project? -Dr.FB