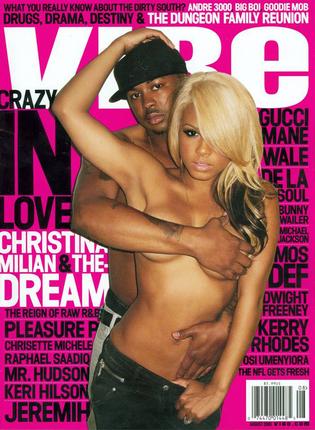 Within a year, they fell in love, got hitched, and had a baby…….OH AND, he cheated on her!

On Monday, photos emerged showing him and another chica “playing” around.  Just as fast

as the pics appeared, Milian Tweeted:

“whatever you think … believe it.”

“Terius ‘The-Dream’ Nash is saddened to announce that his marriage to Christina Milian was unsuccessful.”